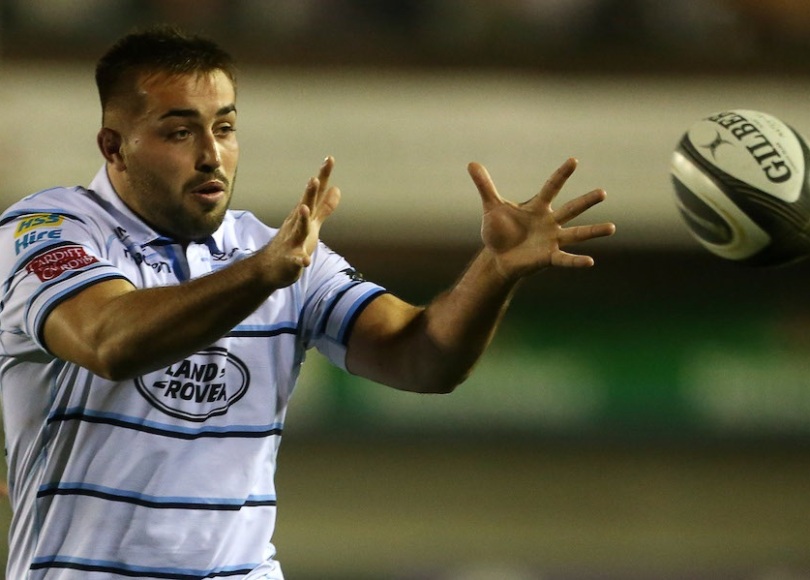 When it comes to identifying key positions for the Blue and Blacks this season there will no doubt be some commentary around areas of the squad where we are strong and have brought in new faces.

Liam Williams’ addition to the full-back ranks, along with the expected emergence of Jacob Beetham, should bolster our aerial game, Max Llewellyn and Mason Grady are ready to make a big impact in midfield, while the signings of Taulupe Faletau, Thomas Young and Lopeti Timani are anticipated to result in an improvement of Cardiff’s physicality up front.

However, what is largely passed over or ignored is that the front row has not seen any new first team faces added to the ranks, with Adam Williams coming in from the Dragons on an Academy deal.

Now we do have quality in this area, with Rhys Carre playing some of his best rugby last season, Corey Domachowski playing at a consistently good level for almost two years since rugby returned after covid, Dillon Lewis having an impressive summer with Wales in South Africa, and Dmitri Arhip still a solid player with a wealth of experience as he prepares to turn 34 in November.

At hooker though the story is a different one, where nobody has consistently stepped up as first choice for the number two jersey over the last two seasons.

Of the three senior hookers currently at the club; Kristian Dacey, Kirby Myhill and Liam Belcher, only Myhill on two occasions and Dacey on two occasions have started more than three consecutive games since the beginning of the 2020/21 campaign, and none of the three have formed the same starter/replacement combo for more than three consecutive games.

Altogether Belcher has started 12 times, Dacey has started 15 times and Myhill 16 times in that two season period. Of course injuries and unavailability can have an impact on that, but if we look specifically at league derbies (excluding the Rainbow Cup) where you’d expect the best options to be selected, we find Belcher with five starts, Dacey with two starts and Myhill with three starts.

It suggests a scenario where none of three has put their hands up to lead that hooker contingent certainly since Dai Young returned for his second stint in charge, leaving him unsure who his best option is in that jersey, which is a crucial one.

Hooker is clearly an important component at the lineout, where Cardiff ranked as the second worst side in the United Rugby Championship last season according to the league’s website, while it is an underrated cog in the scrum, where the Blue and Blacks were decidedly mid-table. Look at Matthew Rees, for example, and how we have never replaced his scrummaging prowess in the centre of the front row.

In Myhill, Dacey and Belcher we have three good players who, on their day, can all turn in impressive performances. As converted mobile back rowers though they have very similar attributes, and it’s for that reason that the hooker corps may look very different next season after the second edition of Dai’s squad evolution.

Each of those is believed to be out of contract at the end of the campaign, and with Efan Daniel already snapping at their heels as well as one overseas signing having fallen through over the summer they know that they need to be playing at the highest level for their own futures as well as the success of the team.

It’s a big year all round, but particularly up at the front and centre of the action. Keep a sharp eye on the number two jersey as it may well be a key factor in how Cardiff’s season goes.