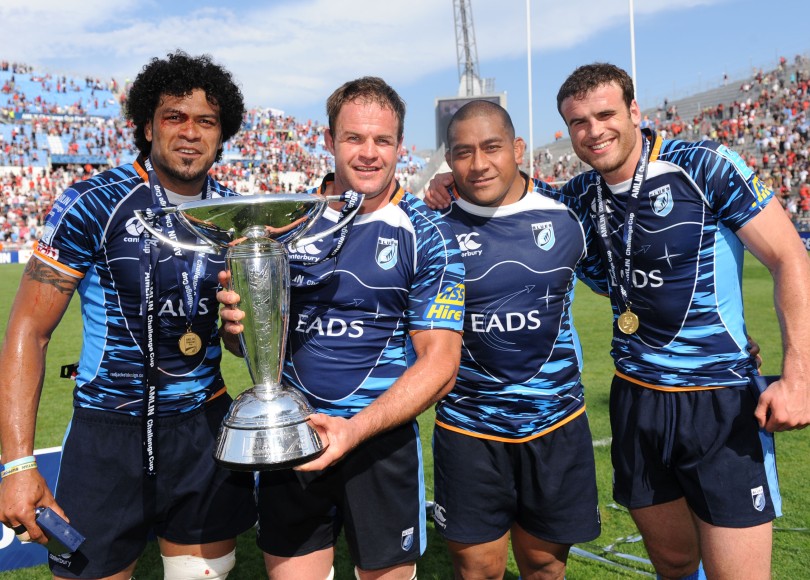 Over the last few weeks there has been a lot of talk around the quality of the Cardiff squad amid the poor run of results that brought the curtain down on our worst season in eight years.

Opinions have ranged from “we have a great squad so it must be a coaching issue” to “dismantle the squad entirely and start again”, just underlining how difficult it is going to be to recover from our current position when identifying the problems is either tough to do or there are too many to name.

From my perspective I think both of those opinions have an element of truth, which sounds contradictory on the face of it, but stay with me.

The 2021/22 Cardiff squad did have plenty of quality. The two top options in each position were good players, with most having an international cap to their name, and only a few serious needs rearing their head in the shape of a scrummaging hooker and a heavyweight tighthead lock. The thing is, there is more to building a squad than having good players.

A strong senior leadership group and a good squad culture below that is at least as important, and some would argue convincingly, more important than having individually good players. Last season’s Blue and Blacks appeared to lack that strong leadership and good culture, especially down the back stretch of the campaign when implosions and embarrassments became all too common.

Now it’s difficult to accurately write about the culture inside the dressing room without being in it day-to-day, as it is to talk about what would create a better culture with different approaches working for some groups of players better than others, but it seems from talk within the club and on the evidence of the playing performances that too many of that Cardiff squad had become comfortable in their positions at the club and have stopped pushing to improve.

In order to understand why that might be, and to move from “we have a great squad so it must be a coaching issue” to “dismantle the squad entirely and start again” I have compared the construction of the 2021/22 squad with what was arguably the most successful squad of the regional era, the 2009/10 squad that was put together by Dai Young in his first spell in charge.

During the course of the Magners League, Heineken Cup, Challenge Cup and Anglo-Welsh Cup in 09/10 Cardiff used 45 players contracted to the club; 49% were Welsh internationals, 42% were Academy graduates or current members, 42% were one-club men and 20% were non-Welsh qualified players at the time.

Fast forward to last season and across the United Rugby Championship, Heineken Cup and Challenge Cup, excluding those two games in December where Gruff Rees’ misfits took the field, Cardiff used 46 players contracted to the club; 50% were Welsh internationals, 67% were Academy graduates or current members, 61% were one-club men and 4% were non-Welsh qualified.

So with an almost identical number of Welsh internationals there is a comparable amount of quality in the squad, yet with considerably fewer non-Welsh qualified and well-travelled players in the squad there is a missing leadership group and a missing spine of the squad that drives standards and leads to a strong culture where men of all different backgrounds come together for a common cause.

Because of the backwards way that money is distributed in the Welsh professional game it has been necessary for the squad to get to this point in order to secure a bigger slice of the Professional Rugby Board pot, but we’re now in a position where the squad needs to evolve in order to become competitive within that increased wage budget.

We have already seen the likes of Lewis Jones and Garyn Smith depart after spending a decade at the club after graduating the Academy, while the likes of Iestyn Harris, Ben Murphy and Alun Lawrence move on having struggled to nail down a first team spot, to be replaced by senior Welsh international talent in the form of Thomas Young, Liam Williams and Taulupe Faletau, alongside non-Welsh qualified talent in Lopeti Timani.

That can only be the start though as Dai Young needs to continue that squad overhaul through the next recruitment/retention window with further senior and non-Welsh qualified talent added to compliment the Welsh internationals already in place, and a layer of exciting young talent being given good opportunities behind them.

The narrow minded of this world will no doubt mouth off about “foreigners coming over here and blocking Welsh players game time”, but when you look at the performances and results our 96% Welsh squad has produced over the last two-to-three years it’s a difficult point to seriously make, especially when considering the success of Team Wales off the back of 2010 when Cardiff and the other Welsh sides had considerably more non-Welsh qualified options.

In the end though it’s for the Blue and Blacks to give ourselves the best chance of competing both in the United Rugby Championship and in Europe, which is why the squad overhaul is a necessity. Here’s hoping for even more movement on this next season.