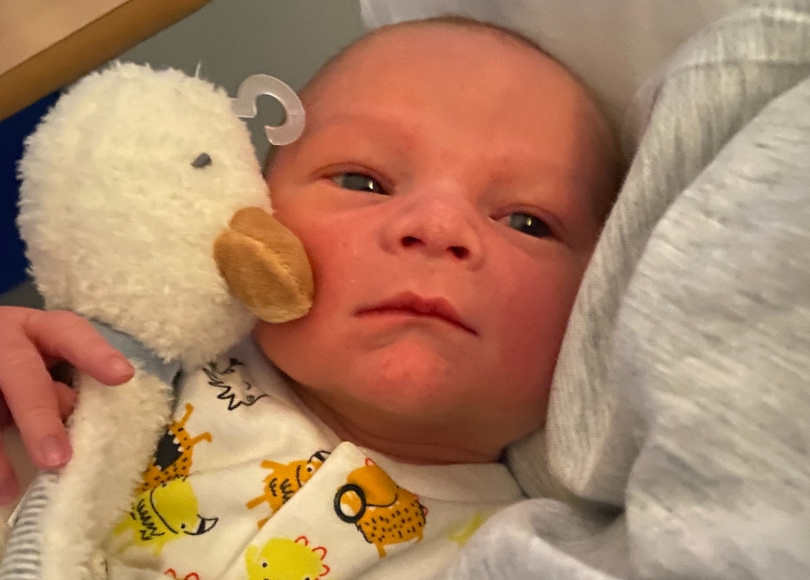 The last six weeks have undoubtedly been the most life altering six weeks that I have, and likely will ever, experience.

On 7th December the greatest thing that ever happened to me arrived slightly awkwardly at just after midday in Glangwili Hospital, Carmarthen when Teifi Cellan Pearce was born. After going through a miscarriage the previous December, myself and Bex were absolutely delighted to have a perfect little boy in our arms with my classic good looks but her beautiful brown eyes.

Unfortunately in the early hours of the 13th December Teifi passed away in his sleep. The pain, both physical and emotional, is close to indescribable. It actually hurts in your chest, along with an overwhelming feeling of sadness. I think of all the people he never got to meet, all the things he never got to do, and deal with this constant state of missing him immensely.

A few weeks on there are still plenty of bad days but the good days do creep in every now and again, and they are getting more as time goes on, and it’s on one of those where I feel able to return to my laptop and write this.

I’m not putting this together for sympathy because, to an extent, there is no sympathy that can be offered. A lot of people have struggled to message because they couldn’t find the words to do so, and that’s because there are literally no words. If this, God forbid, would happen to someone else I would not even know where to start when it comes to contacting them.

I wanted to write this for two reasons, the first being how thankful I am for being a rugby fan, and specifically being a Cardiff supporter.

Over these last few weeks we have had messages from loads of Cardiff supporters, as well as other rugby fans, who we would never have met but for this game we love, with friends made on the terraces at the Arms Park and on trips watching the Blue and Blacks in France coming to the celebration of Teifi’s life.

We have also been extremely grateful to receive messages from players and staff of Cardiff, as well as flowers and a card sent to the house from the club, along with messages from Cardiff Rugby Supporters Club and the CF10 Arms Park Rugby Trust.

Add to this donations to a JustGiving page set up in lieu of flowers from people we have only interacted with through the much fabled “Welsh Rugby Twitter” and it really has been such incredible support and a source of great comfort to us, all from supporting Cardiff and enjoying rugby in general.

The second reason behind writing this is to talk about what happens next, for me, Bex and as part of that for this whole Cardiff Rugby Life thing.

Going forward the aim is to make Teifi proud in how we live our lives, essentially. Spend as much time as possible with family and friends, get out to experience and see things. Use his short life as a lesson to make the most of our time on this Earth, and take him with us through that.

Rugby, and particularly Cardiff Rugby, will still be a major part of that, and we will still spend an inordinate amount of time on the south terrace and at rugby grounds around Wales and beyond, but the amount of content I produce on this blog and through associated media channels will decrease.

I will no longer be typing up every news story linked to the Arms Park on to the website, while match previews and reports will also go. Analysis pieces will dramatically decrease along with the Cardiff Rugby Life Podcast, not to completely zero but with much less frequency than before December.

Instead I will use tweets and Facebook statuses to cover all the latest Cardiff and Wales news, still post gifs from games, and continue to encourage debate about team selections and tactics, while utilising the website solely for opinion pieces too long for a thread on Twitter, and popping up on other podcasts from time-to-time.

The support and interaction over the years for this has been great, and I find doing it thoroughly enjoyable, but there is now just a bit more to take up my time in life. So feel free to keep reading and replying, but also if you ever see Bex or myself around then feel free to grab us for a chat or a drink, and definitely feel free to talk about Teifi, we love going on and on about him.

He will always be our son.