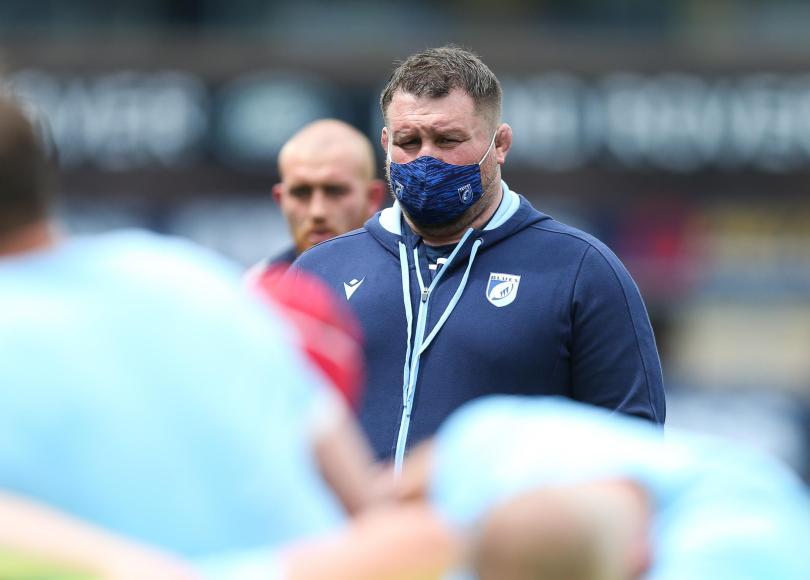 While it is of course right that the South Africans sides play their home games at their actual home grounds, rather than neutral Italian venues, it doesn’t mean that Cardiff’s trip to the southern hemisphere next week is not an annoying one!

The issue for Dai Young and the Blue and Blacks is that with the two-week tour coming immediately on the back of the autumn internationals there are likely to be a number of Welsh internationals not involved in certainly the first game against the Lions and potentially the week after against the Stormers.

For those players in Wayne Pivac’s squad there is the continuing question of play welfare as the likes of Rhys Carre, Seb Davies, Ellis Jenkins, Tomos Williams and Josh Adams have all played a lot of rugby during the four weeks of the autumn internationals, while Willis Halaholo, Dillon Lewis and Rhys Priestland are both involved this Saturday against Australia, with Young confirming that anyone in that 23 would not travel next week.

Then for Shane Lewis-Hughes, Ben Thomas and Owen Lane, who have either had minimal or no game time during the autumn, the question will be about their mental health more than anything, as they come out of one bubble at The Vale Resort and immediately fly to South Africa to join another bubble down there.

There could be a circumstance where they fly out just for the second game, but the cost of that may well be a hindrance (it’s a great league, isn’t it?), while there is also the case of exactly how Cardiff should be approaching these two games on the table, which is where I’ll look now.

It’s probably the school of thought that has the most support from what I’ve seen on social media, with supporters understandably very keen to see Cardiff have a good go against Toulouse and Harlequins, particularly against the French opposition at home on a Saturday afternoon with a repeat of the 1995/96 Heineken Cup Final.

Resting all big players, including those not selected by Wales such as Dmitri Arhip, Matthew Screech, Josh Turnbull, Jarrod Evans and Hallam Amos, would mean they are fully fresh to meet the challenge of the reigning French and English champions, and then kick on into the big games that follow.

It would also be an opportunity for a number of fringe, academy and potentially even Rags players to get two games at URC level and show what they can do.

The downsides though see Cardiff likely to lose both URC games, almost certainly resulting in us dropping out of the top eight and leaving us on the back foot to make the play-offs and qualify for next season’s Heineken Cup. There is also the possibility that some players would be going into the Toulouse game having not played for up to seven weeks, leaving them severely undercooked.

Probably the most controversial of the schools of thought, and undoubtedly the least popular, but it does come with one logical thought behind it.

Essentially, concentrating solely on this season’s Heineken Cup would be a short-termist approach as, although it would be great to pit ourselves against the best over the next two months, if it then came with a return to the Challenge Cup next years then is it worth it?

Cardiff want to be a team that sits at the top table of European rugby year-in, year-out, and to do that you have to ensure you are qualifying through the URC year-in, year-out, then you can start to consider competing in the Heineken Cup. It’s basically acknowledging that we should walk before we start running, and we do that by going all-out to beat Lions and Stormers.

The downside though, aside from the embarrassment of putting out weakened sides against two of the best sides in Europe on the biggest stage of competition and television coverage, is that to go full-strength against the South Africans massively risks player and squad happiness by taking internationals on tour right on the back of the autumn games.

There is a common misconception that Wales players must be rested the week after a test match, but that is not written into the Professional Rugby Agreement in the way that the extra week of training availability before test matches is, therefore Dai Young would be well within his rights to take all of our national team contingent down south before granting them two weeks off when they get back.

Good luck telling them to keep their bags packed and say goodbye to their families again though!

This is the approach I think Dai Young is most likely to take as he takes as strong of a squad as is possible when taking into account international camp time, injuries and suspensions, and then tries to manage game time on an individual basis throughout the next 10 weeks of big games.

It gives Cardiff the best chance of getting results in South Africa, still testing ourselves against the best in Europe and pushing for points from the big URC games in January, while ensuring players are as physically and mentally fit as possible, and maintaining a happy dressing room.

The downside though is that the Blue and Blacks will never be able to say we’re 100% our strongest at any point. We will effectively be playing at a maximum of 90% of our strength throughout the fixture block, and where the squad is not very deep in certain areas it risks injuries causing a mini or major crisis.

For Dai Young it underlines the intricacies of managing a squad out together on our budget and trying to play at the highest level in both the URC and Europe, and supporters should certainly maintain in the back of our minds that this is not yet his squad and he will continue to overhaul it across the next two years.

In my humble opinion, I think it’s a case of which of three options in the least worst, rather than the best, as the league’s scheduling and geography leaves Cardiff somewhat stitched up when it comes to squad management and competing on more than one front.

I’d discard the idea of throwing the Heineken Champions Cup games straight off the bat, as the embarrassment associated with that, the linked commercial hit that would no doubt follow, and the toll on the players being dragged straight to South Africa straight after the autumn internationals is not worth the two URC wins.

Then I’d lean towards the balanced approach over throwing the South African games, as I think there’s an element of flexibility within that which gives Young room to manoeuvre as the fixture block goes on, rather than essentially putting all of our eggs in the basket of winning the Welsh derbies and trying to win the Welsh Shield for Heineken Cup qualification.

If we balance the squad and win the Welsh derbies we could then consider resting some players against Edinburgh and Leinster, while if we struggle against Toulouse and Harlequins we could consider resting some players in the return fixtures too. On the flip side, if we go on a run of good performances and don’t pick up too many injuries the momentum created will be fantastic.

There are no easy calls for Dai at the moment though, and with recruitment and retention going on in the background, he will have to become the master of spinning multiple plates at once.