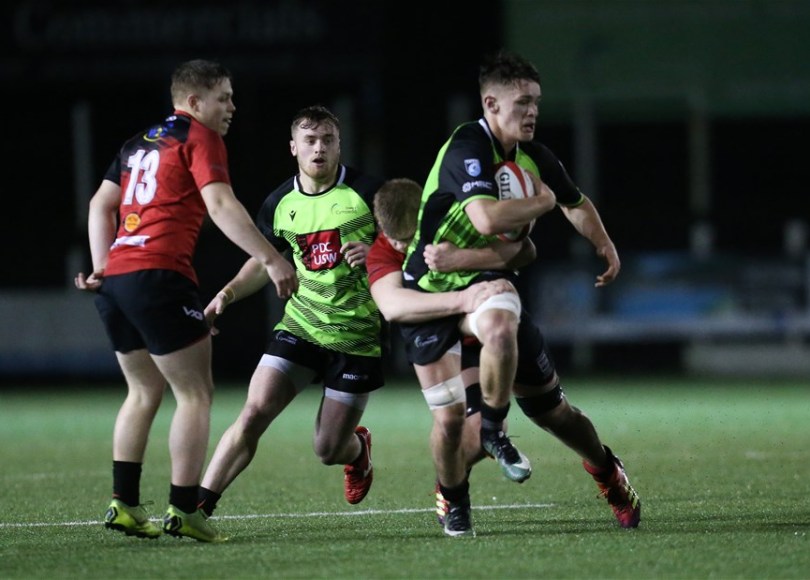 Coleg y Cymoedd suffered a narrow defeat at the hands of Coleg Gwent in a repeat of the 2019/20 WRU College League Final as the Cup section of the competition started to heat up.

Having finished top of the Cardiff pathway pool before half-term, the men in green started the next phase with a solid 23-15 win over Gower College, but could not quite overcome Gwent, falling to a 20-18 loss despite leading with nine minutes to go.

That came after Cardiff & Vale College had seen off Gwent with a bonus point 38-14 win in round one, meaning they still sit top after their bye week in round two. Martyn Fowler’s side now make the long trip to Llandovery College as Cymoedd enjoy their week off.

In the Plate competition Ysgol Glantaf are currently second in the table after a narrow 17-12 loss to Newport High School in round one before a comprehensive 12-40 win over Neath Port Talbot College last week, ahead of travelling to Coleg Sir Gar on Wednesday.

Meanwhile in the Bowl competition Whitchurch are yet to play after Coleg Penybont were awarded a walk-over victory in round one and then the round two clash against Coleg Sir Benfro was cancelled due to a waterlogged pitch, with the result going down as a draw. Their round three clash is the long trip north to face Coleg Llandrillo.