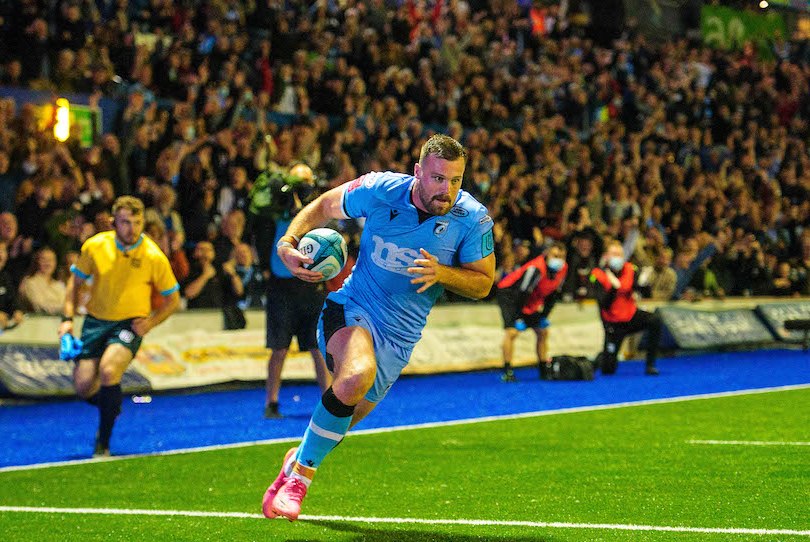 It was a long 19 months since last stepping into the Arms Park for a competitive game but as I offered some strong advice to referee Andrea Piardi on yellow carding Connacht winger Mack Hansen for a block on Owen Lane it felt like I’d never been away.

Between that win over Benetton in late February 2020 and Friday’s victory over the Irish side the world has changed dramatically of course. They’ve been times that have only made me more appreciative of evenings spent watching rugby in our famous old ground.

Watching Cardiff isn’t just supporting a rugby team it’s a big part of many people’s social lives, including mine. Kick-offs might be at 7.35pm, but many supporters are in the city centre by 6pm visiting regular pre-match haunts for some food and perhaps a beer or two, meeting friends and catching up before heading down to Westgate Street.

It’s also the escape after a long week of work, it’s a way of switching off for a few hours and not having to think about anything other than the game in front of us and managing to time a trip to the bar perfectly so as not to be waiting too long.

During the previous 19 months there was no opportunity to enjoy that distraction. The long periods of lockdown, the busy periods in work, difficult times in personal lives, it all adds up and I’ve no doubt that a lot of supporters in the stands at the Arms Park on Friday night have had some tough times during the course of the pandemic.

As I headed into the Jack Matthews Bar pre-game though that all seemed like a distant memory, and as the players ran out and put on a performance filled with skill, speed, guts and determination it felt like I’d never been away, before heading out into town afterwards. Even the £30 taxi at 3am and the hangover the next day was worth it!

I can’t thank the players enough for that showing on the field to welcome us back, and it was great to see so many supporters packing the stands despite the fact we are still in the midst of this pandemic. If those performance levels continue and hopefully the virus starts to dwindle over the next few months then I’ve no doubt the attendances will only go up.

In the meantime there is something to look forward to at the end of the week again, and I couldn’t be happier that I can watch Cardiff running out at the Arms Park on a weekend. Long may it continue!