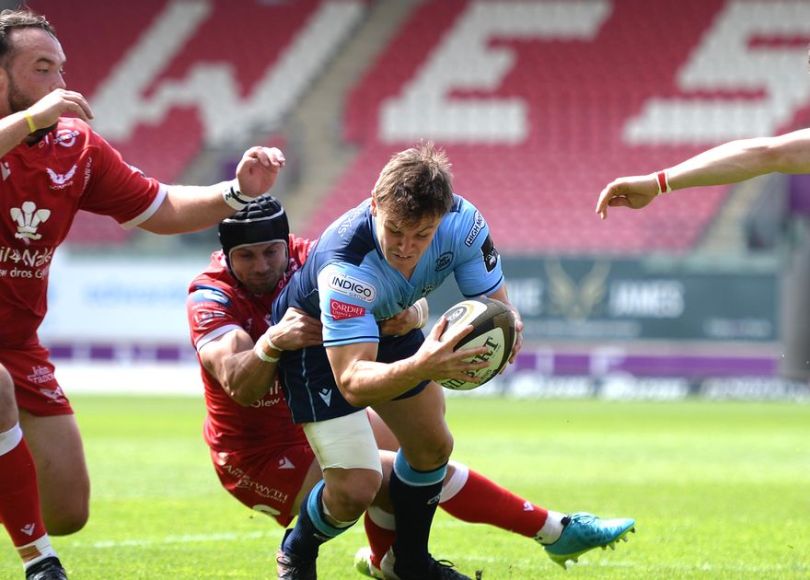 Having looked at the forward pack over the last three days attention now turns to where Cardiff have been particularly strong in recent times, the back line.

For two years now the content within the half-back section of the Team Report has been pretty similar with the same four or five players filling the spots in the senior squad, however this year could see the beginning of a change in the guard, particularly at scrum-half.

There won’t be a change of first choice any time soon though as Tomos Williams continues to be one of the best 9s in Europe, ahead of a season in which he no doubts hopes to establish himself as the leading scrum-half in Wales. A tough year last year with injury left him on the back foot through the Six Nations and for Lions selection, but with a full pre-season under his belt the 26-year-old is still getting better.

Tomos will continue to be challenged at club, and also international level if his form stays high, by Lloyd Williams who enjoyed a resurgence in the Wales squad last season winning his first cap for four years and having a hand in the Six Nations title win as, at the age of 31, he appears to be playing some of the most relaxed rugby of his career, getting the back line moving while maintaining his game management skills.

It is from this point on that things may change though with two new talents emerging. Jamie Hill jumped into the third choice spot last season after a debut away at Munster led to nine first team appearances by the end of the campaign. The 22-year-old has a superb left-foot box kick and a smooth passing style, and has he grows in confidence a running game that can create even more space in attack.

There’s an intriguing battle brewing between Hill and Ellis Bevan though as the former Cardiff Met man has arrived on the scene with some accomplished Rainbow Cup performances showing off an ability to dictate the game from scrum-half and imposing himself physically through his 6 foot, 90+kg frame, drawing comparisons to Mike Phillips in the process.

Of course Lewis Jones remains in the equation though, despite being on-loan at Dragons early in the season. A wealth of experience, with 127 appearances under his belt, the 28-year-old always adds a pace to any game he’s a part of. It will be interesting to see how the emergence of new talent and a stint at Rodney Parade has an impact on his game.

In a similar situation to the nine jersey, there’s still a clear first choice at fly-half where Jarrod Evans comes into the season off the back of a summer where he finally made a second Wales start, two years after the first. An electric talent, his skill set should be perfectly suited to the high-tempo and expansive attacking style that Dai Young is introducing.

The difference at stand-off this season is that Rhys Priestland has signed from Bath, bringing a wealth of experience that comes from 266 club games and 51 international caps. Still looking fit and sharp in pre-season, he can get the back line moving but will prove particularly crucial in the final quarter of games when his game management skills, largely through his superb kicking, come to the fore.

Joining them in the battle for the 10 jersey when he returns from a knee injury suffered on-loan at Cornish Pirates will be Luke Scully, who will no doubt have benefitted from that game time before getting injured. A naturally creative fly-half who is also comfortable at inside centre thanks to a strong carrying game, the 21-year-old will likely see a fair amount of Rags game time before stepping up to the first team.

In a similar fashion to Lewis Jones at scrum-half, Jason Tovey brings plenty of experience to the squad with 252 appearances under his belt across Cardiff, Dragons and Edinburgh, as well as a cultured left foot that will fancy a dig at the new 50/22 rule introduced this season. With Priestland now signed and the likes of Scully as well as Ben Thomas able to play at 10, Tovey will need to impress when chances arrive.

It’s a talented crop of half-backs, with international quality, young talent and huge experience present, with the majority well suited to the new style of play we’ll see from the Blue and Blacks this season. Add in young scrum-half Ethan Lloyd and fly-half Ben Burnell playing for the Rags and Pontypridd, respectively, and the future is bright for Cardiff.