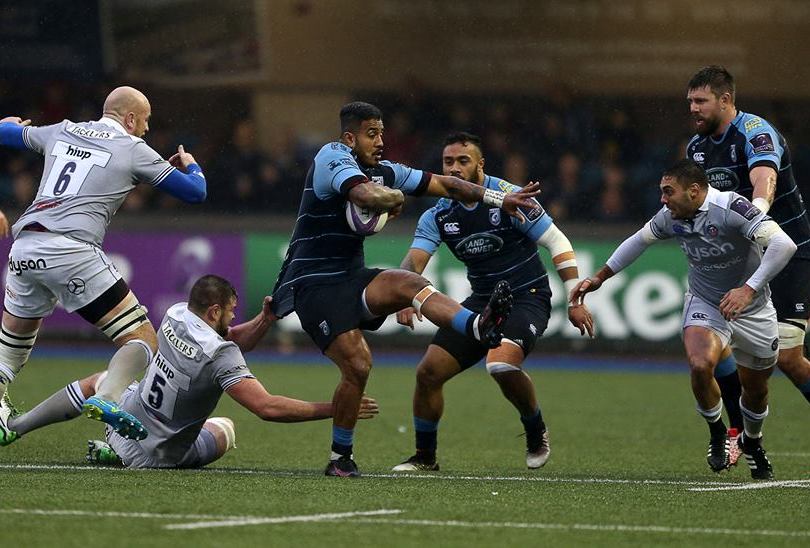 Cardiff welcome Bath to the Arms Park in the second and final pre-season friendly ahead of the United Rugby Championship season starting, kick-off 7.15pm on Friday night.

It will be the first time that supporters have packed into the famous old ground to watch the first team in action for 566 days, since Benetton were beaten 34-24 in a Guinness Pro14 game on Sunday 23rd February 2020. A lot has changed since then, and it seems a particularly fitting time to stop and think of those connected with the club who are no longer with us.

Rugby goes on though and it’s an historic clash that welcomes us back to CAP, with fixtures against Bath dating back to Christmas Eve 1924 when the hosts ran out 22-6 winners. Games continued regularly post-War until the end of the 1990s, with the overall record standing at 57 games played, 37 Blue and Black wins, 18 losses and two draws.

The most recent encounters came in the pool stage of the 2016/17 European Challenge Cup where Cardiff ran out 28-3 winners at the Arms Park, before Bath won comfortably 38-3 at The Rec just five days later after George Earle had been shown a red card for making contact with the eye area of an opposition player.

It will be the first pre-season outing for the English side after their first fixture away at Munster was called off due to a covid outbreak, and as a result Director of Rugby Stuart Hooper has named a strong 36-man squad to travel across the Severn Bridge.

Dai Young, meanwhile, has made 11 changes to the Cardiff side that lost 45-33 at the Twickenham Stoop, with only Rory Thornton, Max Llewellyn, Jason Harries and James Ratti remaining, although the latter switches from lock to number eight.

A new-look front row sees Corey Domachowski, Liam Belcher and Dmitri Arhip pack down, while Seb Davies is one of seven returning players from Wales’ summer squad, as is Josh Turnbull who captains the side from blindside flanker with Will Boyde returning from 10 months out at openside.

Lloyd Williams and Rhys Priestland form a new half-back partnership with the latter making his first Cardiff start against his former club, while Rey Lee-Lo is back at outside centre. Owen Lane and Hallam Amos are other Welsh squad members back to complete the back three alongside Harries.

On the bench there are opportunities for Rhys Carre and Dillon Lewis as part of the replacement front row, while Ellis Bevan will get a chance at scrum-half, and Willis Halaholo is back from visiting family in New Zealand to cover the midfield.

It will be a good test for the Blue and Blacks up against a Bath side who pride themselves on a strong set piece and a good kicking game, but will be looking to develop a more expansive attacking game with Danny Cipriani running the show at fly-half.

With a stronger overall Cardiff squad named it will be interesting to see whether the high-tempo and accuracy we saw from the attack in the first half against Quins can be replicated and then maintained over the course of the 80 minutes, as senior quality is added from the bench rather than the young future talent we saw last week.

Hopefully the weather holds off and there’s a good crowd to create an atmosphere for our first game back in 17 months. We’ve waited a long time for it, come on Cardiff!