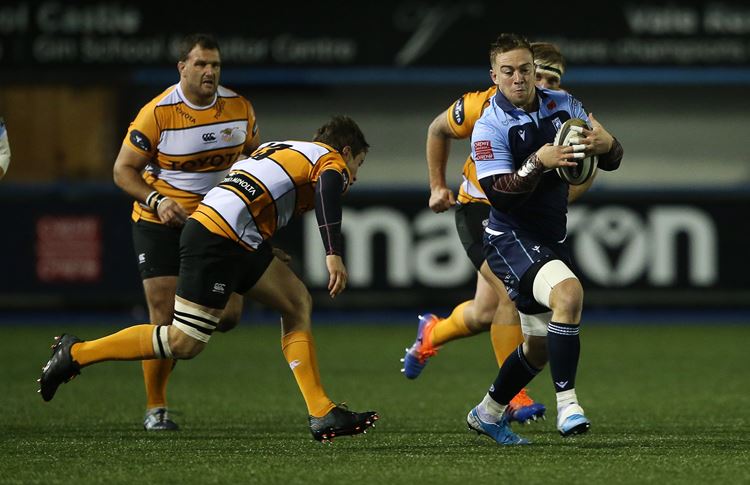 Cardiff Director of Rugby Dai Young has been able to welcome back a number of his players who featured for Wales over the summer for the second and final pre-season clash, at home to Bath on Friday night.

There are 11 changes to the side that took the field for last weekend’s loss away at Harlequins, with only Rory Thornton, Max Llewellyn, Jason Harries and James Ratti keeping their places, although there is a positional change for the latter who switches from second row to number eight.

Seb Davies, Josh Turnbull, Lloyd Williams, Owen Lane and Hallam Amos are all included in the starting XV having been in the Wales squad for their summer internationals against Argentina and Canada, while Dillon Lewis and Willis Halaholo are named among the replacements.

Like last week there is also a return to action after injury, with Will Boyde starting at openside flanker having not played since last November due to a facial fracture that almost cost him his sight in one eye.

Elsewhere in the squad, Corey Domachowski, Liam Belcher and Dmitri Arhip re-form the front row partnership that saw us through the majority of last season, Seb Davies joins Thornton in the second row, and Josh Turnbull completes the back row where he will captain the side from.

Into the backs and Lloyd Williams starts alongside Rhys Priestland at half-back, as the fly-half makes his first start and appearance at the Arms Park after his summer move from Friday’s opposition, while Rey Lee-Lo joins Llewellyn in the centre. The aforementioned Harries, Lane and Amos form the back three.

The rest of the bench sees Rhys Carre and Kirby Myhill join Lewis as the replacement front row, last week’s starting back row of Shane Lewis-Hughes, Ellis Jenkins and Alun Lawrence cover the loose forwards, Ellis Bevan and Jason Tovey as the half-back options, and Garyn Smith and Matthew Morgan joining Halaholo as the outside backs.