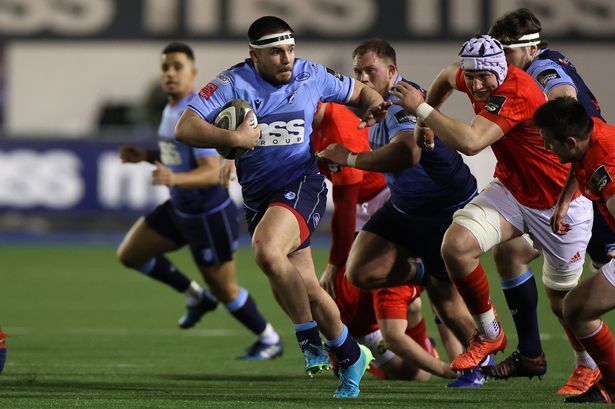 Cardiff Director of Rugby Dai Young has named his first side of the 2021/22 campaign for the pre-season friendly away at Harlequins on Saturday, 3pm kick-off at the Twickenham Stoop.

With the Cardiff contingent from the summer’s Wales and British & Irish Lions squads all unavailable, Young has turned to the wider Blue and Blacks squad, including a number of players who saw their 2020/21 seasons curtailed by injury.

Shane Lewis-Hughes is named at blindside flanker having undergone shoulder surgery in March, while Ellis Jenkins is back at openside flanker after missing the Rainbow Cup with the muscle injuries expected after his long ACL lay-off.

Max Llewellyn gets the nod at inside centre after suffering an ankle injury against the Dragons early in the Rainbow Cup, and is joined in midfield by Garyn Smith who plays for the first time since suffering knee ligament damage against the Ospreys on New Year’s Day. In the back three Aled Summerhill returns to action after breaking his wrist against Edinburgh in March.

The starting XV is completed by a front row of Rhys Gill, Kirby Myhill, who captains the side, and Will Davies-King, backed up by a second row of James Ratti and Rory Thornton, while Alun Lawrence wears 8. In the backs, Jamie Hill and Jason Tovey form the half-back partnership, with Jason Harries and Matthew Morgan joining Summerhill in the back three.

There are three players ready for their first taste of senior professional rugby off the bench, with Sean Moore stepping up from the Rags squad to cover second row along with Academy prospect Rhys Anstey, while another Academy prospect Ethan Lloyd is the scrum-half option.

Kris Dacey, Brad Thyer and Scott Andrews are the replacement front row, Gwilym Bradley, Olly Robinson and Sam Moore will take over as the back row, Rhys Priestland will make his first Cardiff appearance at fly-half, and Harri Millard and Immanuel Feyi-Waboso are the outside back options.