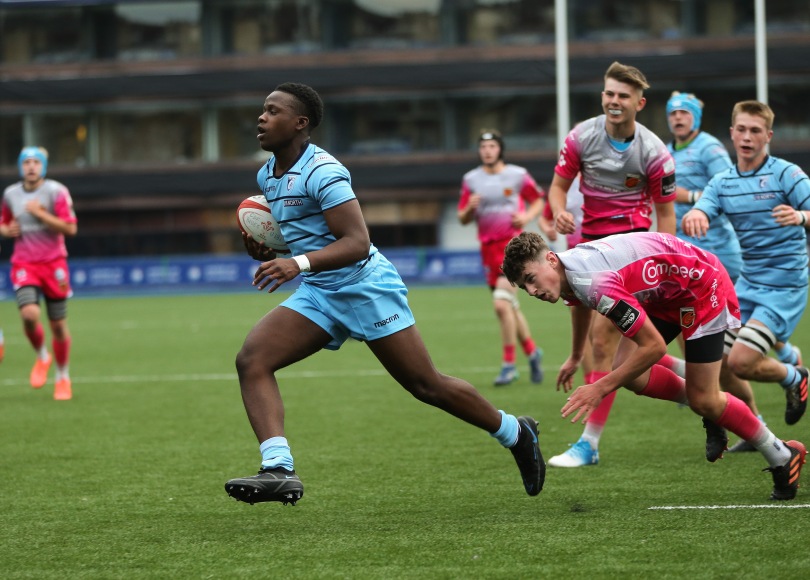 Cardiff U17s secured a second big win in a week as Dragons U17 Red were swept aside at the Arms Park on Wednesday night.

Having put eight tries past Dragons U17 Black during a 48-17 win at Ystrad Mynach last week, head coach Chadd Mutyambizi had rung the changes to give others in the squad a chance to impress, with nine new faces in the starting XV and a whole new bench.

The game was effectively wrapped up by half-time as number eight Owen Conquer and winger Dan Nzamba grabbed two early tries, before full-back Tom Bowen ran in an incredible four tries in succession heading into the break.

That onslaught continued into the second half as winger Ben Geraghty grab a try before Conquer and Nzamba both completed their braces as Cardiff secured a 50-0 win, scoring nine tries and making it 17 in two games.

Focus now switches to the final game of the mini-series against RGC U17 which has been delayed after the North Wales side suffered a coronavirus outbreak.