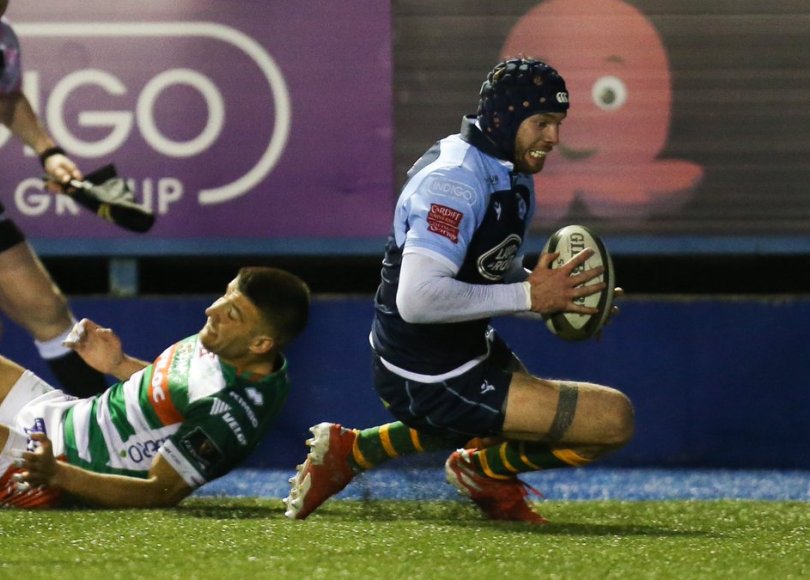 Having looked at the returning members of the Cardiff RFC 2021/22 semi-professional squad last time round, it’s now time to assess the new faces in the side.

Steve Law has drafted in 11 new signings for the upcoming campaign, alongside the 10 returning players, focusing primarily on younger additions recently departed from professional set ups, but also bolstering his stocks of Premiership experience to complement the amount of young talent that will be at his disposal this season.

We start up front with a player who brings plenty of the latter as Alun Rees joins from Llandovery to challenge Evan Yardley at hooker with close to 150 Premiership games under his belt. A former Ospreys Academy member, the 28-year-old played for Swansea before he spent three years under Steve Law at Bedwas ahead of moving to the Drovers in 2019 where he made 15 appearances before the pandemic struck.

He is joined in making the switch from North Carmarthenshire to the capital by fellow front rower Llyr Green. The tighthead prop was part of the Scarlets set up and played for Coleg Sir Gar before joining his college coach Euros Evans at Church Bank. He has 67 appearances under his belt despite only being 22-years-old.

The second row is where the biggest change has come with none of the pre-pandemic lock options being retained by Cardiff for the upcoming campaign.

Sean Moore has made the short hop down the A470 from Pontypridd where he has been a key cog in the machine over the last five years. Plucked from Mountain Ash Youth he would win eight Wales U20 caps and appear for the Cardiff Blues Premiership Select XV in that time, alongside making 79 appearances for Ponty in all competitions as the 24-year-old made his mark as one of the league’s best locks.

He is joined in the engine room by Gareth Allen who actually played in Cardiff RFC’s last fixture when on permit from Bedwas who he now joins permanently from. The Wales U18 international was part of the Dragons Academy before going on to make 54 appearances in three years at Bridge Field, with the 25-year-old now switching to the capital.

Finally, Rory Bartle‘s signing is a bit of a coup for the Rags as the 25-year-old returns to Cardiff after a number of years away. A Cardiff Schools U15 player, he headed for Hartpury College and linked up with the Gloucester Academy earning Wales U20 honours, before spending six years in the English Championship where he has played 115 times between London Scottish and Jersey.

Then the last new forwards signing is another Bedwas man as James Richards bolsters the blindside flanker position after six years at Bridge Field where he became a really key man, playing 110 times in all competitions and scoring 16 tries.

Into the backs and there is plenty of Premiership experience and a lot of points added at fly-half where Jack Maynard returns to the club after seven years away. After leaving the Scarlets Academy he briefly arrived at the Arms Park where he scored 64 points in 23 games, before the 26-year-old arrived at Church Bank where he has racked up a huge 1185 points in 131 appearances across all competitions.

At centre another Cardiff boy Dafydd Smith is back at the club having lost his job with the Wales 7s set up when the Welsh Rugby Union withdrew funding for the programme. The 22 year-old is a former Cardiff Academy member and has nine Rags appearances from that time before switching full-time to the short-sided game where he played 51 times for Wales.

He is joined in midfield by Tom Hoppe who was released by the Dragons during the course of the pandemic having come through the development pathway at Rodney Parade. Twice-capped by Wales U20s he has featured for Newport and Ebbw Vale in the Welsh Premiership.

Into the back three and a second former Wales 7s squad member joins as winger George Gasson signs up having been working on a building site after being made redundant by the WRU. The 24-year-old was another who came through the Dragons system, scoring one try in four first team appearances during the 2017/18 season before making the switch to the 7s circuit.

The final new face is technically a returning face as Ryan Edwards was a try scorer in the last competitive first team game at the Arms Park before the pandemic courtesy of being on-loan at Cardiff from Bristol. Released by the West Country side at the end of that season after 27 tries in 73 games across eight years, the winger has begun a new career in Law alongside semi-professional rugby.

That wraps up the semi-professional Cardiff RFC squad for the 2021/22 campaign, a really exciting group of players ready to form the core of those who will feature for the Blue and Blacks this season, alongside members of the Cardiff Rugby Academy who I will cover tomorrow.