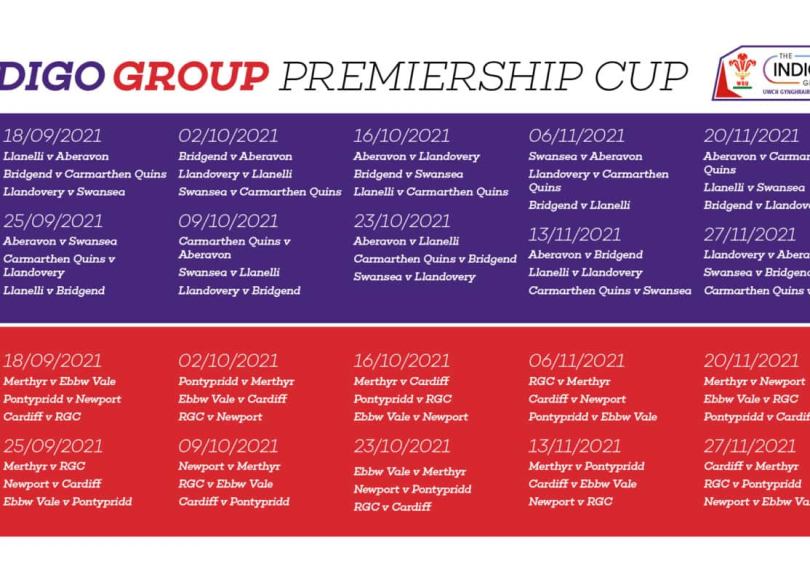 Cardiff RFC have discovered our Indigo Group Premiership Cup fixtures covering the first half of the season as semi-professional rugby prepares for a return.

The competition sees the 12 Premiership teams split into two pools of six down a roughly east and west line, with the Rags slotting in alongside Pontypridd, Merthyr, Newport, Ebbw Vale and RGC in the eastern pool.

We start at home to RGC on Saturday 18th September with games every weekend until Saturday 27th November when we host Merthyr at the Arms Park.

The top two in each pool will then go through to the semi-finals with the winners playing the runners-up of the other pool ahead of a Final on a TBC date.

Cardiff RFC will warm up for the Cup with two confirmed friendlies, hosting London Welsh at the Arms Park on Saturday 28th August, before travelling to Carmarthen Quins on Saturday 11th September.