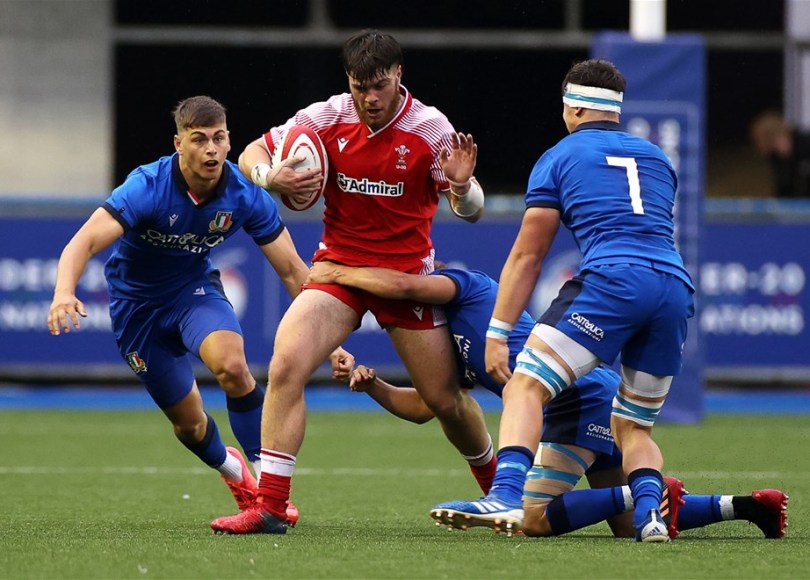 Wales U20 are hoping to bring the U20 Six Nations to a winning close on Tuesday night against winless Scotland U20 at the Arms Park, 8pm kick-off.

Head coach Ioan Cunningham has made seven changes to the starting XV as the team look to bounce back from three heavy defeats in a row, as Cardiff pair Efan Daniel and Nathan Evans return to start at hooker and tighthead, respectively.

The front row is completed by Cameron Jones, as Theo Bevacqua is ruled out with concussion, while the rest of the pack sees Dafydd Jenkins back at lock in place of Joe Peard and Tristan Davies getting a first start at number eight with Carwyn Tuipulotu sitting out.

Two changes in the backs both come in the back three as Carrick McDonough and Morgan Richards come in with Jacob Beetham dropping to the bench and Dan John also ruled out with concussion.

There’s a new replacement front row as Connor Chapman and Zak Giannini could make first appearances while Lewys Jones switching to covering the loosehead from the tighthead. Harri Deaves is fit again to cover the back row, while Cardiff’s Ben Burnell could also make a first appearance of the tournament as a playmaker.