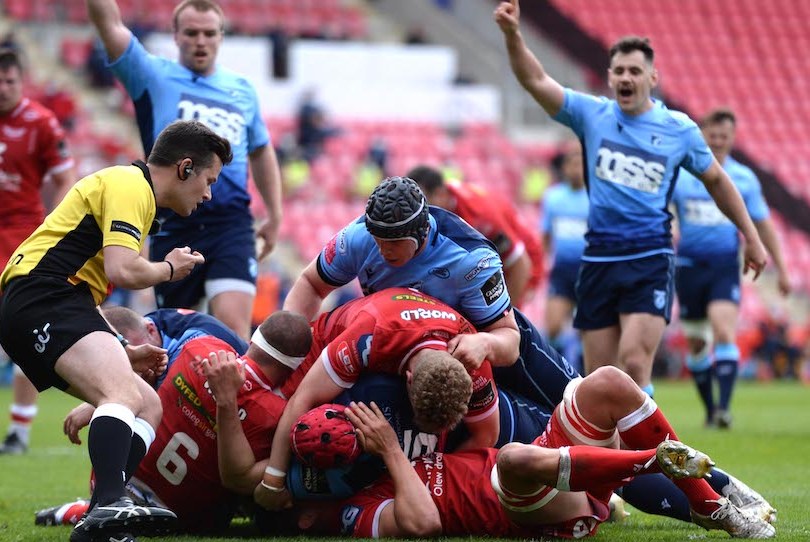 When assessing Cardiff Blues’ Rainbow Cup performance to-date the results are very much an after-thought, as Dai Young uses the competition as one big fact-finding exercise.

Having been confirmed as the long-term director of rugby just before the one-off competition got underway, he is taking the opportunity to assess the fringe players in the squad, understand where the young players are in their development, and see if some first team members can provide extra depth to the squad by being utilised in different positions.

It’s fair to say there has been varying levels of success for individuals under this tactic, with some senior fringe players failing to impress against the Ospreys, but young players stepping up to the plate throughout and those asked to play in alternate positions adding a new dimension to the squad. James Ratti shifting to number eight would appear to be a particular masterstroke.

However, the sub-plot throughout the last three games, from an experimental side losing heavily to Scarlets, to a more recognisable side largely dominating the Dragons despite going down to 13 men, and then on to doing the same in the first half against the Scarlets, is that there is still a significant gulf between our internationals and first team options, and our wider squad.

Particularly in key areas like the engine room and at half-back, when the likes of Seb Davies, Cory Hill, Lloyd Williams, Tomos Williams and Jarrod Evans are not present, there is a lack of set piece dominance and game control that leaves us in the situation we were in for most of the game at the Liberty Stadium; on the back foot.

Now this isn’t to say this is necessarily a long-term issue. With Matthew Screech and Rhys Priestland arriving over the summer our strength in depth in both areas will certainly improve as both will be available for the season, injuries depending.

There are also a number of young players breaking through as Teddy Williams catches the eye whenever he takes the field in the second row, Jamie Hill and Ellis Bevan are set for an exciting battle to become the next big thing in the nine jersey and Ben Thomas continues to impress when called upon at fly-half.

What they need is more consistent game time though. Looking at Williams, for example, with development time limited by covid, getting him on the field more often than not is key, while Hill looked a little rusty having only played twice for the first team between November and last weekend’s win over Dragons.

What I’d like to see over the remaining two games of the season is a mix-and-match approach in these areas of the field, combining younger players with experienced first teamers in order to offer the side the quality it needs to compete, and help the future stars develop in a competitive environment.

Second row pairings of Ben Murphy and Seb Davies, or Teddy Williams and Cory Hill, as well as half-back combinations of Tomos Williams/Lloyd Williams and Ben Thomas, or Jamie Hill/Ellis Bevan and Jarrod Evans should provide the balance we are searching for as we head into the summer before a big pre-season at the Arms Park.

Although Guinness Pro16 games during international windows should be reduced next season due to the new league format, it will still be the case that the sides with the best strength in depth will rise towards the top of the table, so in order to finally secure a play-off berth we will need to be able to rely on the whole squad.

Yes we are in with an outside shot of finishing relatively high up the Rainbow Cup table should we win our two remaining games, but I firmly believe that running mixed sides against Munster and Zebre will stand us in better stead of being competitive next season, rather than chasing wins in what is essentially an exhibition tournament.