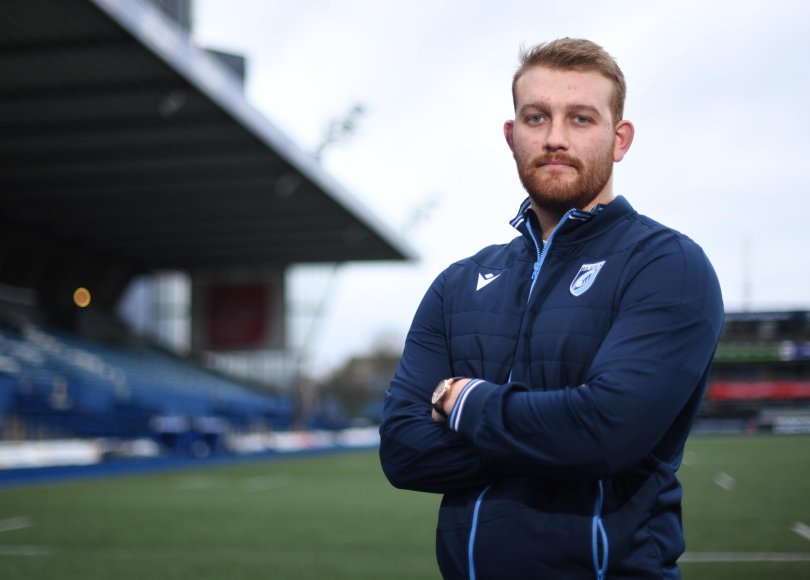 Cardiff Blues number eight Sam Moore will be hoping to put 18 months of knee problems behind him as he nears a return to on-field action.

The 22-year-old had suffered a serious knee injury while at Sale Sharks and arrived in the Welsh capital still rehabbing after surgery in February 2020, finishing that recovery during lockdown to make his debut against Ospreys the following August.

A managed return saw him make his first appearance of the 2020/21 season off the bench in Munster, before a head injury kept him absent until games against Edinburgh and Glasgow. He then finally made a first start in the European Challenge Cup fixture away at Newcastle Falcons in December, playing the full 80 minutes.

However, on the back of that Moore endured another knee injury, and just when he was close to returning against Ospreys in the first round of the Rainbow Cup, a further knee niggle kept him sidelined.

Speaking in the the virtual supporter Q&A last week Dai Young confirmed that his number eight is back in training now though, and could be in contention to feature against Dragons this Sunday, as he looks to put his injury troubles behind him and fulfil the potential seen while a young player at Sale.