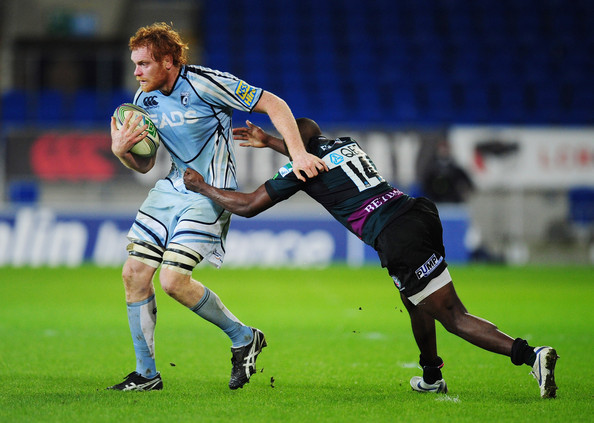 Cardiff Blues will travel to the Brentford Community Stadium for the first time to face London Irish in the European Challenge Cup round of 16.

The two sides have met on four previous occasions in European competition, most recently in the Challenge Cup pool stages back in the 2014/15 season where each team won their home game; a 24-14 scoreline at the Arms Park before a 34-23 result at the Exiles’ then home of the Madjeski Stadium.

Before that it was two Heineken Cup pool stage encounters during the 2011/12 campaign with Cardiff doing the double over London Irish; 24-18 at the Cardiff City Stadium and 15-22 in Reading. Tries at home came from current Academy coach T Rhys Thomas and current scrum-half Lloyd Williams, while the away try came from Sam Warburton.

Irish, in their new home in West London, are currently sixth in the Gallagher Premiership with four wins from their 12 games to date. They most recently fell to Leicester Tigers in a one-point defeat at Welford Road on Friday night.

Also on Tuesday, European competition governing body EPCR carried out the quarter-final draw, with London Irish or Cardiff Blues drawn away to the winner of the Zebre v Bath round of 16 tie.

The round of 16 tie will take place over the Easter Weekend of 2/3/4 April, although with Brentford at home on the 5th it will likely be on the 2nd or 3rd, while the quarter-final will take place the following weekend of the 9/10/11 April.