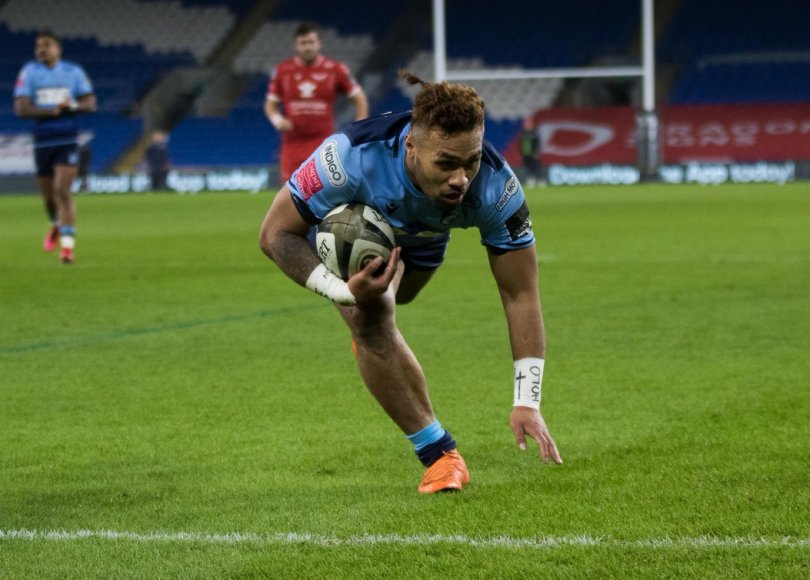 Newly capped Wales international Willis Halaholo has committed his long-term future to the Cardiff Blues by signing a new contract to stay at the Arms Park.

The 30-year-old made his long awaited international debut when he came off the bench in the 25-26 win away to Scotland at Murrayfield, playing crucial roles in two of the three tries scored while he was on the pitch, as well as stepping up as a defensive leader in midfield.

Halaholo arrived in the Welsh capital back in 2016 having started out his professional career with Southland in the New Zealand Provincial tournament, and then stepping up to the Hurricanes squad where he won a Super Rugby title.

Since then he has established himself as a fans favourite at the Arms Park, with the hot stepper, as he is affectionately known, racking up 76 appearances and scoring 15 tries in the process, bouncing back from a serious knee injury along the way.

Speaking to the official Cardiff Blues website, Halaholo said “I’m really pleased to sign this new deal and commit my future to Cardiff Blues, especially at such an exciting time for the region.

“From the moment we arrived here, the welcome has been unreal and this truly feels like home. My family and I love it here in Cardiff and I cannot wait to run out at the Arms Park in front of our incredible supporters once again.

“With Dai Young coming in as Director of Rugby and such an exciting and developing squad, it was a simple decision for me to make. We are definitely heading in the right direction and I’m looking forward to competing and challenging in every game and competition we play.

“Now I am focussed on taking my game to the next level. It was a long road back from my knee injury but I feel I am rediscovering my previous form and there is definitely more to come. I am just really happy I get to do that in a Cardiff Blues jersey and with a group of players, staff and supporters who have become a family.”