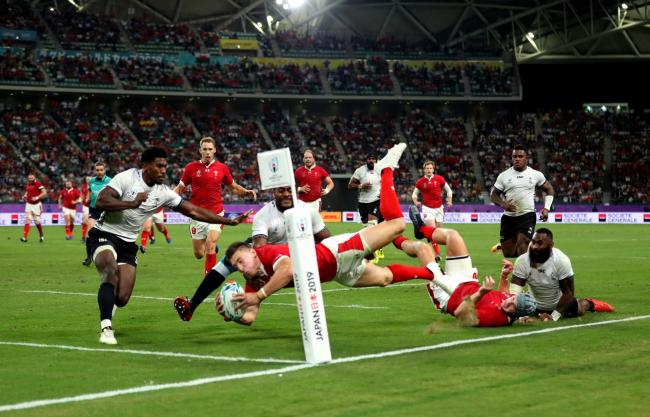 There’s a sense of deja vu all over again for Wales as Wayne Pivac’s men draw Australia and Fiji in Pool C at the 2023 Rugby World Cup.

The draw for the tournament set to take place in France in just under three years took place on Monday morning, although it crept into the afternoon such was it’s unnecessary length, with Wales a top band team after the World Rankings at the start of the year were used as seedings.

With Australia and Fiji already drawn in the same pool it seemed written in the stars that Wales would join them for the third World Cup in a row, the fourth time in the last five World Cups, and in the case of Fiji, it is now five tournaments in a row that we have been drawn alongside each other.

It’s not beyond the realms of possibility that the 2023 pool could be a carbon copy of that we saw in 2019, with Europe 1 and the Final Qualifier Winner taking up the other spots.

The Europe 1 spot will be awarded to the combined winner of the 2021 and 2022 Rugby Europe Championship, which Georgia are the favourites to win, while Uruguay could end up in the Final Qualifying tournament if they make it to and then lose the play-offs that decide the Americas 1 and 2 spots.

Should Wales qualify from Pool C they will then face one of England, Argentina, Japan, Oceania 1 and Americas 2 in the quarter-final.