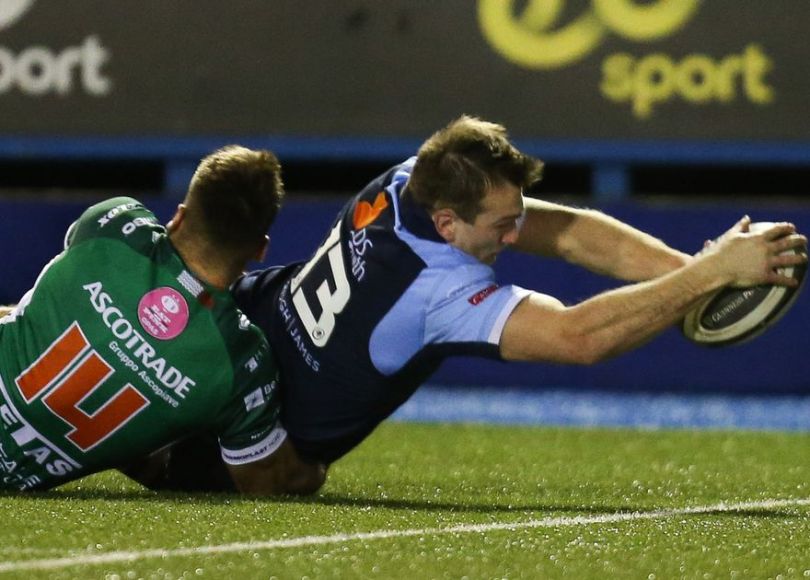 Two of the changes come up front where Corey Domachowski returns to the starting side at loosehead and Scott Andrews starts for the first time this season on the tighthead. Brad Thyer drops to the bench and Dmitri Arhip is rested.

Ben Murphy gets the nod at second row with James Ratti taking a spot among the replacements, while James Botham is back from the shoulder injury that kept him sidelined for the Edinburgh game, with Josh Turnbull moving to number eight as Will Boyde misses out with a fractured eye socket.

In the backs there is a new 9, 10 and 12 combo as Jamie Hill makes his first start in the Guinness Pro14, while Jarrod Evans and Willis Halaholo return from injuries that prevented them from making the trip to Murrayfield a week ago.

There is also a shift in the back three as Matthew Morgan is restored to the starting side at full-back with Hallam Amos moving out to the wing and Aled Summerhill dropping to the bench.

Two remaining players in the backs reach milestones on Monday night as Owen Lane makes his 50th Cardiff Blues appearance while Garyn Smith will become the latest player to join the 100 club at just 25 years old.

On the bench there is a potential first appearance of the season for Keiron Assiratti, and Alun Lawrence is recalled to cover the back row in place of Sam Moore.