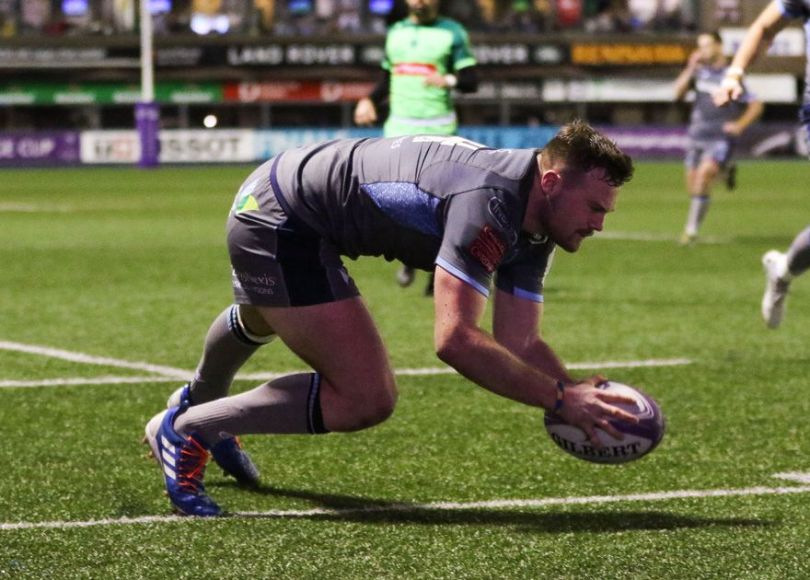 John Mulvihill may be able to call on winger Owen Lane in his Cardiff Blues squad to face Ulster as the 22-year-old nears a return from the shoulder injury picked up in pre-season.

It’s been a torrid 2020 for The Lane Train so far, suffering a serious hamstring injury while in training with Wales back in January, then missing the August games with a tight groin before the shoulder problem has prevented him from playing in the first three rounds of the Guinness Pro14 and kept him from earning international caps once again.

He is now back in training and challenging the likes of Aled Summerhill, Hallam Amos and Matthew Morgan for a spot in the back three, with Mulvihill announcing his side to face Ulster at midday on Sunday.

Two players who will definitely be back available are Josh Turnbull and Will Boyde, with the back rowers in contention after finishing a suspension in the case of Turnbull, and recovering from a calf issue in the case of Boyde.

They could replace Rory Thornton and Sam Moore who both left the field in last Monday’s defeat against Munster with head injuries. It is unclear whether either have completed the return to play protocols.

Elsewhere in the squad Keiron Assiratti and Mason Grady are both back fit again and enjoyed game time for Cardiff Blues A against Dragons A in the week, but hookers Liam Belcher and Kirby Myhill are set for extended spells on the sidelines after suffering injuries against Zebre and Connacht respectively.