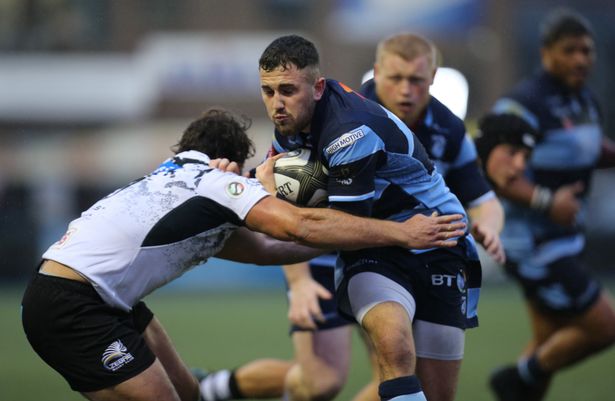 Cardiff Blues will open up the new Guinness Pro14 season with a trip to Zebre on Friday 2nd October, with a 6pm kick-off out in Parma.

It’ll be the first time we have faced the Italian outfit on the opening day of the season since the 2015/16 campaign when we won 61-13 at the Arms Park, and the second season in a row we are away from home in round one after last year’s win away to Southern Kings.

Of course the South African side won’t be taking part in the 2020/21 edition of the league, after financial problems caused them to withdraw from competitive rugby, while the Cheetahs will also be absent from the first part of the season, although the Pro14 hope to have two South African sides involved from early 2021, should travel restrictions allow.

They have also confirmed that talks regarding expanding the number of entrants from the current Rugby World Cup champions are ongoing, with the prospect of the four current Super Rugby sides joining the competition for the 2021/22 season.

Back to this coming season and the first 11 fixtures have been confirmed, a game against each of the other Northern Hemisphere sides in the competition, taking us up to January. The Conference system will remain in place and be the same as last season, putting Cardiff Blues in Conference B alongside Munster, Connacht, Scarlets, Edinburgh and Benetton.

John Mulvihill’s men will welcome Connacht in round two before an inaugural Monday night fixture away at Munster the following week, with the Pro14 switching to the weekday slot in a bid to avoid clashes the international fixtures this Autumn.

Cardiff Blues will play Monday night fixtures the following three weeks too, at home to Ulster, away to Edinburgh and then back home against Benetton, before facing the daunting trip to Leinster and the home game against Glasgow Warriors on Sundays over the last two weekends of November.

Three Welsh derbies then round of these first batch of fixtures, with a trip to Dragons either on boxing Day or December 27th, before home games against Ospreys and Scarlets on the first two weekends of the New Year.

Cardiff Blues will confirm the situation regarding where home games will be played in the coming days.