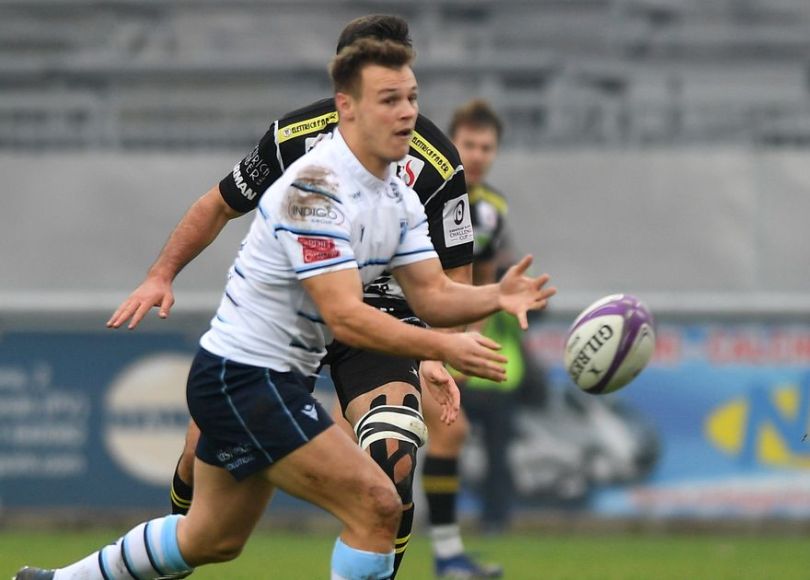 When you study the Cardiff Blues squad at the moment there are some areas of obvious strength. We are well stocked at both prop positions, back row and in the backs three there are a number of quality players.

There are other areas where we have options, there are a good amount of second rows and hookers, centre has suitable depth and scrum-half is also well covered, but at fly-half we only really have two viable senior options; Jarrod Evans and Jason Tovey.

Of course Luke Scully has been signed from Worcester Warriors and will no doubt develop over the next few years, while Ben Thomas, Dan Fish and Matthew Morgan can cover if required, but the likelihood is that if one is available then it will be either Evans or Tovey wearing 10 for Cardiff Blues during the 2020/21 season.

The discussion point on the back of that is if those options at fly-half contribute to the crippling inconsistency that has held Cardiff Blues back over the last two years. To put it simply, they are so naturally different that when we switch from one starting to the other, it takes time for the team to get used to it.

Over the two weeks of rugby returning after lockdown last month we saw the glaring differences between them and I’ve tried to go a bit more in-depth on what they do differently, and how particularly Jarrod Evans can evolve his game for the benefit of the club and his own prospects.

Before getting properly into the analysis, I do have to stress that the two games Cardiff Blues played during August were very different. On a basic level, the Scarlets were very sharp, and the Ospreys looked like a side that have had big problems over the last 12 months.

Beyond that though, and I didn’t think I’d ever write this when Tovey joined Cardiff Blues a year ago, Evans can take elements of his game and utilise it in his own, mainly centred around starting position at first receiver. This is the Jarrod that we know over the last two years…

What we’ve always loved about Jarrod Evans is that he attacks the defensive line. Standing flat, engaging defenders and creating space outside him, as well as threatening himself with his stepping ability, he’s an electric player. Some of the stuff he produces is magic.

Against the Scarlets though he was suffocated. They were organised and intense in their blitz, and looking at the second clip they pressured the line outside him in particular to force errors in position or handling. This is where I’d like to see Evans’ game progressing, and where the link to Jason Tovey’s game comes in.

Looking at the first clip and Evans takes the ball flat to the line. The Scarlets defenders are up on him quickly and are in his peripheral vision to an extent that he chooses not to throw the pass. With him standing so flat he has no time to look for a second option, and the defence is on him to tackle him behind the gain line and win the turnover.

Tovey, on the other hand, takes up a deeper position at first receiver and gives himself the chance to assess a defence before selecting the option outside him.

In both clips Tovey is certainly deeper at first receiver than Evans is. In the second clip he’s closer to 10 metres back from the gain line, and at times that can invite pressure, but when there are good running options on the outside then the defence has to check itself and Tovey’s starting position gives him the time to read the Ospreys.

Each clip presents a similar position for the fly-half, with good field position just inside the opposition half, an option coming short and a pull-back option out the back. The difference is that in the first clip the defenders shoulders are turned out towards the near touchline, while in the second clip they are much squarer and the outside defender is even turned in-field.

As a result the right option sees Tovey select the out-to-in runner in the first clip who can attack weak inside shoulders, and the pull-back pass in the second clip with the backs able to exploit space on the outside.

What I’d like to see at times is Evans drop a touch deeper at first receiver and give himself time to read the defence because there’s no doubt in my mind he would select the right passes in these situations, but it would also open up his own carrying game, something which Tovey doesn’t particularly have. That triple threat would be huge for the Cardiff Blues attack.

Focusing particularly on the first clip above though, the pull-back pass does not offer Evans that same space because of how flat he is against the Scarlets.

The first clip doesn’t really need me to expand on it really, Evans is too close for the pull-back pass and the Scarlets defence can come up quickly and make the tackle. It doesn’t matter if they were held by the dummy runner, because Evans is close that they can recover and still make the tackle behind the gain line, forcing another turnover.

Then the second clip starts to show an example of how standing too flat impacts the rest of the attack. Evans has to start to drift laterally and Aled Summerhill, the blindside winger coming across off his wing has to adjust his positioning, essentially making him unavailable as an attacking option.

That lateral running has been an issue for much of the season, eating up space that the outside backs could work in and allowing the defence to simply drift and marshal Cardiff Blues towards the touchline.

The issue is that as Evans takes the ball flatter, to give himself time to read the defence he moves laterally and allows the move to play out in front of him before taking either the short option or pulling the ball back.

When he does choose to pull the ball back or throw it wide, the sideways movement has taken space away from the outside backs and allowed the defence to drift so that Cardiff Blues are either tackled well behind the gain line or forced to kick under pressure, one of those leading directly to a Scarlets try.

With Tovey standing that bit deeper he can read the defence while he moves into the space in front of him, and move to square the shoulders of the defenders before distributing.

Looking at that second clip as a perfect example, Tovey has a few metres just to drift in to which just holds the circled defender and puts Liam Belcher into enough space to get comfortably over the gain line, generate quick ball and provide a basis to play off.

Imagining Jarrod Evans doing that from the slightly deeper starting position and you could absolutely see him not only holding that defender but throwing a dummy or stepping off his right foot and leaving the Ospreys player clutching at thin air, and that’s what this is. Not a criticism, but a desire to see Evans take that next step in his development.

If he develops the ability to read when to stand flat and when to drop a bit deeper it will expand his attacking potential beyond that which he already possesses, which is a scary thought for defences. The knock-on effect is that the Cardiff Blues attack enjoys two fly-halves more similar in style and the team can settle into an attacking style that doesn’t risk changing dramatically from week-to-week.

The evidence was there from the two games last month that both Tovey and Evans can bring their styles together.

Looking at the clips there and Jason Tovey can stand flatter and draw a defender before putting a blindside winger into space coming off his wing, while Jarrod Evans can stand a bit deeper and get the ball to the edge quicker with outside backs in more space. If first Jason Harries and then Matthew Morgan can cling on to possession then there are real try scoring opportunities.

It also underlines just how good Evans can be when stood flat at the right time, bringing players into the game and making things happen at the gain line.

If both players can develop their games, with Tovey stepping in flat a touch more often and particularly Evans gaining that awareness of when to stand flat and when to drop deeper, then the Cardiff Blues attack has a chance to really start rolling, and we could see Evans begin to properly make his mark at the professional level as a viable alternative to Dan Biggar while Gareth Anscombe and Rhys Patchell are out.