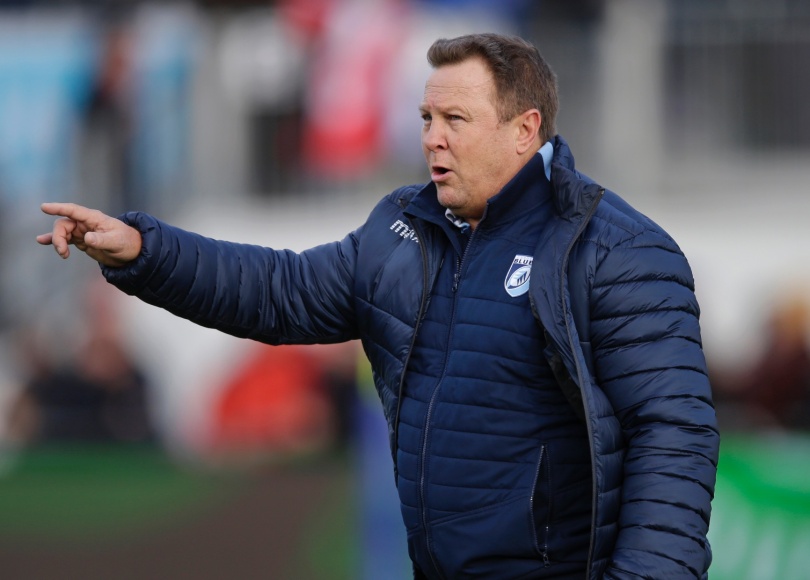 So that was the return of rugby for Cardiff Blues. As soon as it was back it has gone away again for five weeks, with no knockout rugby for the second season in a row.

The Guinness Pro14’s 2019/20 regular campaign may have come to a truncated conclusion in the last week of August, but for Wales’ capital side it would sum up the season as a whole with a high degree of accuracy.

One week a debacle. Handling errors, a blunt attack, a narrow defence, a lack of intensity and urgency. Battered back at the every attempt to cross the gain line, beaten down at every attempt to protect our gain line. At times shambolic, lucky to be second best.

Think Leicester home, the first half away to Pau, and the trip to Connacht.

The next week a transformation. Clever carrying, strong attacking structures, invention, organisation, line speed, a well-worked kicking game and a solid set piece. A comfortable victory sparked by a full-team performance and underlined by a bit of desire to produce some quality rugby.

Think Benetton away, Pau at home, and Benetton at home.

It’s all about that key word, ‘consistency’, or rather the lack of it. In the two years under John Mulvihill, Cardiff Blues have played 48 games across the Pro14 and Europe, winning 22 and losing 26. We’ve only backed up a win with another win 10 times. Sunday was the sixth time this season we’ve won the week immediately after a loss.

I wrote before lockdown about how being able to bounce back from a disappointing performance was an admirable ability. It shows a togetherness in the squad and a mental strength within individuals that teams often lack. The issue is that having to bounce back so regularly means you have to play poorly as regularly.

This is where I believe that the pressure mounts on John Mulvihill, when you start thinking about why Cardiff Blues are so bizarrely inconsistent.

We know the team can challenge the best teams around, and compete with sides that have considerably better packs than ourselves, a weakness we have had for a few years now. French sides have incredibly physical forwards but Pau were swept aside at the Arms Park back in December, while Ospreys’ pack is a tough one but we have done the double over them.

Therefore the reasons for the consistency in my mind comes down to how the team is prepared, and how they’re sent out to play tactically. This comes back to John Mulvihill and his coaching team who’s job it is to ensure the matchday 23 have the best chance of winning.

Yes the players have a personal responsibility on the players to make sure they are mentally right when they take the field on the weekend, but there was an interesting comment from former Liverpool FC manager Gerard Houllier on a documentary about the Reds’ Premier League triumph recently, “leadership is a transfer of emotion”.

The question has to be asked if Mulvihill is able to get his side ready for games week-in, week-out. Whether he has the relationship with his players that enables him to lead them effectively in this manner, or whether they need to wait for a poor performance in order to drive themselves on to winning the next week.

There’s also a concern about tactically how the team is being set up. Too often we see plan A fail to work, but no obvious shift to plan B. Against Scarlets, for example, plan A was to challenge up front but when that didn’t work there was no clear move to a plan B that could have been to generate quick ball, expand the offload game or kick more to win the territory battle.

If there isn’t any option to switch game plans then that is solely the coaching staff’s fault to not fully prepare for a game, and if they are informing the players to switch but it’s not being implemented properly, then that also comes back to the coaches not coaching their players well enough to shift game plans on the field.

So while Sunday’s performance against the Ospreys was an impressive one, in many respects it just put further pressure on Mulvihill as supporters became more frustrated over Cardiff Blues’ inability to produce that on a regular basis.

There are five weeks until the start of the new season now. If that time isn’t used to get the squad into a position where mentally and tactically they can churn out wins regularly, then John Mulvihill may well find himself struggling under the weight of supporter opinion.