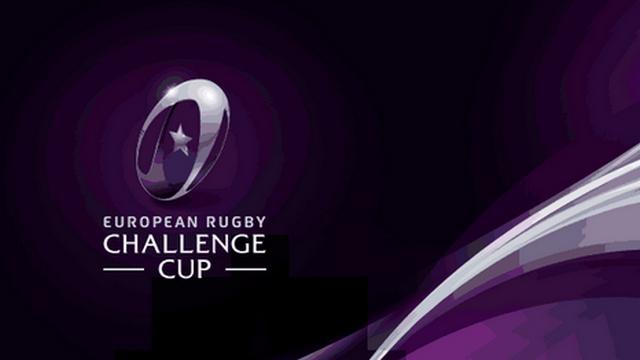 European Professional Club Rugby (EPCR) have announced how the 2020/21 Heineken Champions Cup and European Challenge Cup will look with the formats changed for one season.

Cardiff Blues will be in the Challenge Cup once again in 2020/21, and this is how EPCR have explained the format of the competition;

The 2020/21 Challenge Cup will start with 14 clubs – six from the Top14, four from the Premiership and four from the Pro14 – in a single pool. The tournament will be played over eight weekends with four rounds of matches in the preliminary stage and again, clubs from the same league will not play against one another.

With no requirement for a pool draw on this occasion, the 2020/21 Challenge Cup fixtures will be available to clubs and fans shortly following the conclusion of the current season.

The tournament knockout stage will consist of a round of 16, quarter-finals and semi-finals with the final in Marseille on 21 May 2021. The leading eight clubs, as well as eight representatives from the Heineken Champions Cup, will qualify for the round of 16.

That is fairly vague so it takes some digging into the competition rules for 2020/21 to found out exactly what Cardiff Blues can expect. Firstly, there is a tier system which will see the three top ranked Top14 and the two top ranked Premiership and Pro14 sides in the top tier and the rest in the second tier.

We both finished sixth in our respective conferences, but technically Cardiff Blues were the bottom ranked side who can qualify for European competition in our conference with the Southern Kings finishing bottom, while Zebre were not. However, Cardiff Blues finished with more wins and points than Zebre.

It depends if they use conference ranking or competition points. The precedent, with Dragons qualifying for the Heineken Cup over Benetton, is conference ranking, therefore Cardiff Blues may well be in tier two.

Then we get stuck into the fixtures themselves and the rules state that each team will play four fixtures, two home and two away, only against teams from the other tier who are not in the same league as them.

The former would be the obvious solution, but just to throw a spanner in the works the rules one Pro14 and one Premiership club will only play against Top14 opposition. As a result they cannot play four different teams as there are only three French sides in each tier.

Therefore teams will either play two different sides both home and away, or there could be some sort of hybrid schedule whereby we play one side both home and away, and two other sides either home or away. It’s certainly not clear from what EPCR have produced today.

After four rounds of ‘pool games’ we will then reach the round of 16 where the top eight Challenge Cup sides will meet the Heineken Cup sides ranked 9-16 from their pool stages, and the competition will follow a straight knockout format to the Final.

Fixtures are expected to be confirmed following the completion of the 2019/20 competitions, with the Finals taking place on the weekend of the 16/17th October.

As things stand the qualified sides for next season’s Challenge Cup are; Cardiff Blues, Ospreys, Zebre, Benetton, Brive, Castres, Bayonne, Pau, Agen, Stade Francais and Newcastle. Three more Premiership teams will be confirmed when their 2019/20 season comes to a conclusion on early October. They will likely be Leicester Tigers, London Irish and Worcester.

Round dates for the 2020/21 Challenge Cup are as follows;