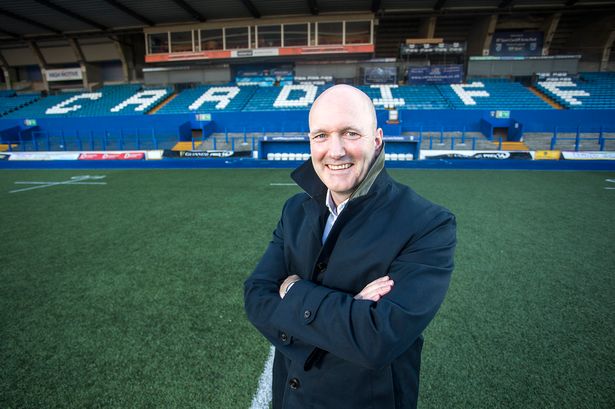 Cardiff Blues chairman Alun Jones has taken a thinly veiled swipe at the Dragons and the Welsh Rugby Union in a statement to supporters.

Discussing recruitment ahead of the forthcoming completion of the 2019/20 campaign and the start of the 2020/21 season, Jones confirmed that the “Professional Rugby Board (PRB) collectively issued a stay on recruitment due to the current financial situation and therefore we have not engaged in any further recruitment and fully support that position.

“As mentioned earlier, all employees across professional rugby in Wales, over a certain threshold, have been affected by salary reductions and these appear set to continue for the next 12 months.

“At a time of so much uncertainty, salary reductions and other cost-reducing measures, Richard (Holland), the board and I are in complete agreement that it would be unfair to spend money on incoming talent while employees of the company, and their families, are being impacted financially.

“Two of our three core cultural values are ‘Family’ and ‘Respect’. We would not be adhering or demonstrating these if we were still spending money. Of course we would like to further strengthen our squad and wider resources but now is not the time to do that and there is no debate to be had.”

This comes in the same week that the Dragons have signed Jamie Roberts, while also being linked with moves for Greg Bateman and Will Rowlands. Meanwhile each Welsh club is handling wage cut negotiations with their players and staff after the WRU, PRB and Welsh Rugby Players Association (WRPA) failed to come to an agreement.

It was reported a few weeks ago by Matthew Southcombe via WalesOnline that the Dragons were risking the ire of the other clubs by signing players against the agreement to put a recruitment freeze in place, and with this now confirmed it seems likely that rumours of a PRB falling out are indeed true.

Elsewhere in his statement, Alun Jones revealed that over 60% of supporters had opted to invest the season membership money they were owed in the club in an attempt to combat the impact of the COVID-19 pandemic, and that discussions continue over wage cuts at the Arms Park.

There was also news that Cardiff RFC’s squad for the 2020/21 season, whenever that may be for the Indigo Group Premiership, would have a much stronger Cardiff Blues Academy influence, as bringing players through the system would take on even more importance going forward.

Finally, Jones confirmed that the Arms Park would still form part of Ysbyty Calon y Ddraig until the end of October, with a six-week decommissioning period following that, although that is subject to change.

Negotiations over the future of Cardiff Rugby at the ground have not moved forward as, for some reason, the Cardiff Athletic Club Management Committee have been unable to meet virtually over the last four-and-a-half months.

However, Jones reconfirmed Cardiff Blues’ aim to provide “the very best for Cardiff Blues and Cardiff RFC, who are part of the same company, and that means professional rugby at the Arms Park with a vibrant semi-professional outfit.”