It’s been just over 18 months now since Alun Jones took over as Cardiff Blues Chairman following 25 years of Peter Thomas being in the role, and it’s fair to say it hasn’t been the easiest time.

Thrust straight into the debacle that was Project Reset, then the second round of talks to thrash out a new funding model for the professional game after Reset failed before COVID-19 then hit at the start of this year he hasn’t really got a break yet.

In that time there have been successes for Jones. The appointments of Andrew Williams and Hayley Parsons as non-executive directors were a positive move, as were bringing Martyn Williams and Sam Warburton in as board advisors before they moved on before being replaced by Nigel Walker last week.

Cardiff Blues have gone from a nigh on £2m pre-tax loss in 2018 to being set to break even in 2020 before the Coronavirus pandemic struck, while there was positive noises about bringing in supporter representation at board level, and hopefully that is still being progressed even if it has slowed down due to the current circumstances.

Through that though there have been continuing concerns that Jones is not doing enough to push the club forward either on-field or off it, instead seemingly happy to conform to the Welsh Rugby Union’s plan for the Cardiff Blues which seems to be a contentment with consolidation rather than a desire to drive forward.

In this respect Jones started on a serious back foot, with big questions from the get-go over his links to the WRU through being a partner at their lawyers Hugh James, and the possible conflict of interest that comes with that.

However he has done nothing in the 18 months to-date to really prove himself to supporters at the Arms Park, with Cardiff Blues seemingly losing out at each of the three key moments of his time as Chairman listed above. 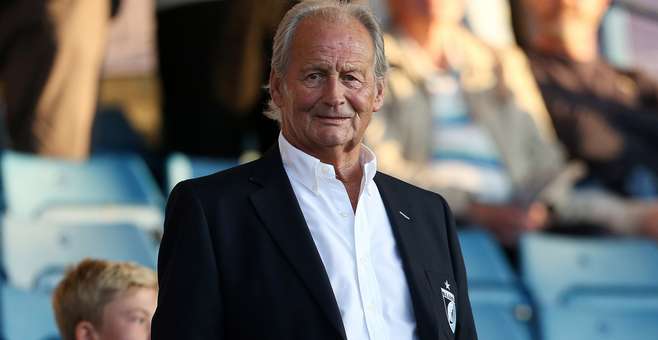 Project Reset saw us go from believing that our funding would greatly increase, and starting to recruit with that in mind, to ending up sticking with the same budget, losing Rhys Carre and Gareth Anscombe, and failing to boost the forward pack, while the second round of funding talks again saw us receiving the same amount of money.

And now as we battle through COVID-19’s impact on the business, it is clear that we are the worst funded professional side out of the four in Wales, something which lies directly at Jones’ door as our representative on the Professional Rugby Board.

Over the last few weeks there has been plenty of talk on Twitter in particular about the Dragons and their signing of Nick Tompkins as well as links to the likes of Greg Bateman, Jamie Roberts and Will Rowlands, with many of the Rodney Parade-based faithful perceiving that wholly as an attack on their side.

It’s understandable in some cases that they would think that as there are people out there who would rather see the Dragons fail. There’s a strong business case that Wales can only afford to run three competitive professional teams, while there is also an element of sports rivalry that presents itself in this unsportsmanlike way.

It’s something that’s been building over the last few months, with Richard Holland openly stating at a Q&A session at the start of the year that we are now the worst funded region. Some people confuse this with playing budgets, but it’s about how much money is being put into the Dragons, not how much they have to spend.

According to Simon Thomas in WalesOnline last summer, the difference between the two sides in funding through the PRB was £1.5m, but that doesn’t include the WRU, as the owner of the Dragons, covering their losses. Looking at this Twitter thread from @RugbyPhilBB, it’s fair to say that deficit is substantial and takes their overall funding above ours. 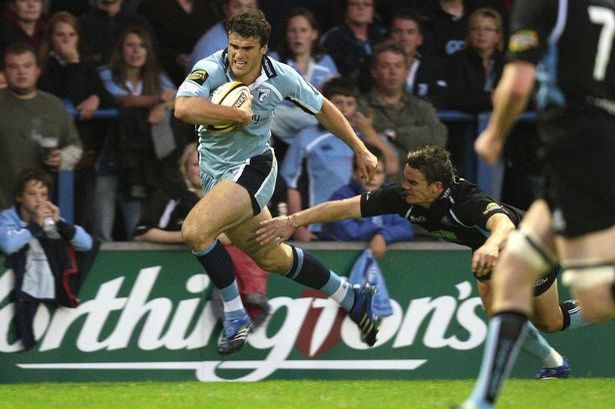 You then add in the recent news that the Dragons are talking to the likes of Rowlands, Roberts and Bateman despite there being an agreement within the PRB not to sign any new players during the COVID-19 pandemic, and you end up wondering ‘who is fighting for Cardiff Blues here?’.

Turning from east to west, and there are then jealous eyes cast towards the Scarlets, where Nigel Short has spent the last few years in particular repeatedly fighting the Turks corner, and fighting it hard.

I infiltrated a Crys16 Trust Q&A with Short during Project Reset in early 2019 and could not have been more impressed with him and his battling for the Scarlets, ensuring that they would have the best funding from the PRB and would not be letting the WRU sell the cabbage patch at Rodney Parade without that funding being shared, rather than retained by the Dragons.

Since then he has also been prepared to launch legal action against the WRU, as was belatedly reported by The Rugby Paper in June. This was subsequently discovered to have been launched either late in 2019 or early in 2020 and was directly linked to the Dragons’ funding from the WRU.

This is what we need to see and hear from Alun Jones, fighting to push the Cardiff Blues forward in the PRB and in general, rather than allowing the Welsh Rugby Union to drive the professional game into the ground.

With the Ospreys now sold to new owners who will be keen to see their side do well and are hopefully prepared to face down the WRU in a similar fashion to the Scarlets, Jones can be the man who shifts the balance on the PRB away from being totally Union dominated through the Chair, their two voting members and the Dragons representative.

The jury is still very much out on him as the Cardiff Blues Chairman, and he’s fast running out of chances to prove himself. Now more than ever though we need him to do just that. There are dark times on the horizon at the Arms Park unless we start taking control of our destiny.

PowerPoints will not save us.