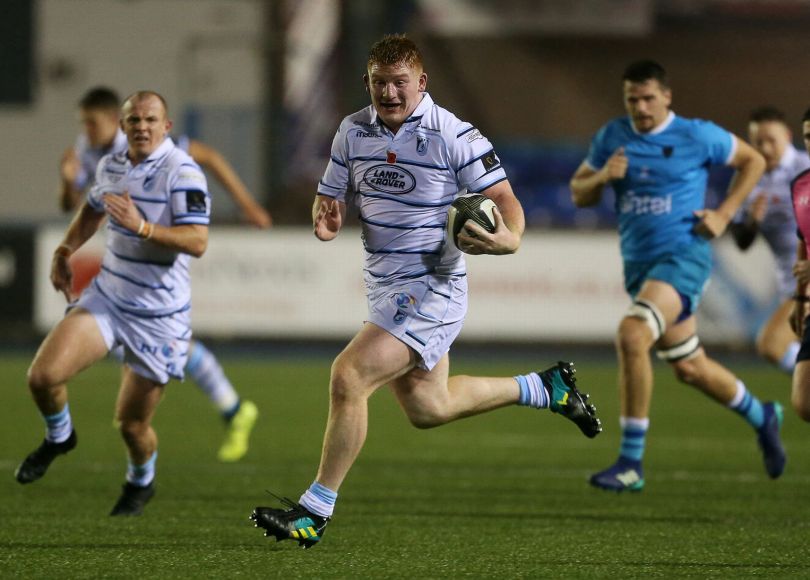 Rhys Carre will return to Cardiff Blues next season just a year after departing for Saracens due to the English side’s relegation after breaking salary cap regulations.

The 22-year-old is an Academy Graduate at the Arms Park having played for St Joseph’s RFC and attended Corpus Christi and Cowbridge Comprehensive, before playing age grade rugby at a regional and international level.

After regularly catching the eye for Wales U20 and Cardiff RFC, the loosehead prop made his Guinness Pro14 debut off the bench away at Zebre in September 2018, going on to play 13 times in all competitions that season and earning a call-up to Wales’ World Cup training squad at the end of it.

Project Reset would see Carre depart for Saracens that summer though, with a Cardiff Blues contract coming too late due to the wage budget being delayed, and he went on to make eight appearances for his new club across the Gallagher Premiership and Heineken Champions Cup.

However, the scandal that saw the reigning Gallagher Premiership champions automatically relegated has resulted in Carre asking for an early release from his contract that would have expired next summer, and Saracens agree as they look to build a new squad for life in the Championship and beyond.

The eight–cap international will return to the Arms Park to compete with Rhys Gill, Brad Thyer and Corey Domachowski for the number one jersey next season.

Speaking to the Cardiff Blues official website, Carre said, “It’s great to sign for Cardiff Blues and I’m looking forward to getting back to the Arms Park and once again playing my part.

“I have enjoyed my time at Saracens and playing and training with a massively experienced and successful squad has been hugely beneficial.

“But Cardiff Blues are a team I am really passionate about – it is the team I supported as a kid, I came through the system here and I want to be part of we we are building. I obviously know all the boys and it’s a really exciting squad, which is only going to get better and there is a great culture throughout the organisation.”