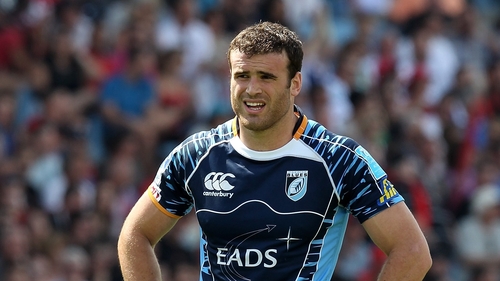 Welsh centre Jamie Roberts has once again mentioned returning to Cardiff Blues to finish his career, this time on the Scrum V Podcast.

The 33-year-old has previously spoken about taking his career full circle and coming back to the Arms Park in an interview with The Rugby Paper, having departed in 2013 after making 86 appearances and winning the EDF Energy Cup and Amlin Challenge Cup.

Regular Scrum V Podcast co-host Nicky Robinson spoke on the episode about his experience of coming out of retirement to play one last time for Cardiff Blues, making seven appearances in 2016/17 having initially left in 2009.

Adding to that Roberts said, “I’m a bit of a rugby romantic and traditionalist, and the thought of your career coming full circle is quite an attractive one.”

He then finished with an ominous, “we’ll see”.

Since leaving Cardiff Blues the 94-cap Wales international and three-time test British and Irish Lion has played for Racing 92, Harlequins and Bath before most recently playing for the Stormers in Super Rugby.

He left South Africa before a Coronavirus lockdown came into force and does not believe he will be able to return before his contract expires at the end of June, leaving him assessing his options for when rugby restarts.