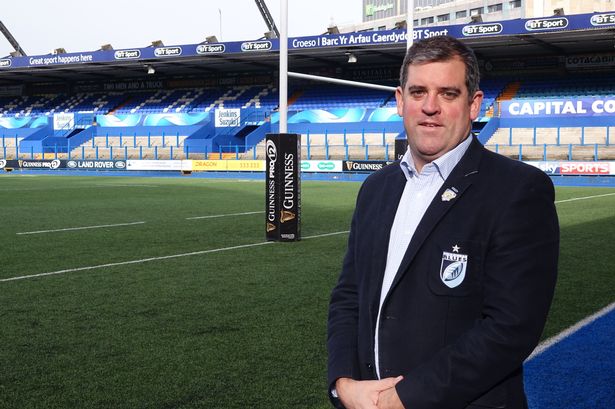 Cardiff Blues Chief Executive Richard Holland believes the business will be able to survive the Coronavirus Pandemic as more cost-cutting measures are put in place.

Last week it was announced that Welsh regional players and coaches earning over £25,000 a year would take a 25% cut in their wages for the next three months as rugby pauses while Government restrictions prevent training and playing.

Despite that, Holland admitted in a CEO Newsletter released on Monday that “the company is under immediate and extreme financial pressure”, with revenue all but dried up without match days and competition income.

In a bid to negate that further a temporary salary reduction has been placed on staff while Cardiff Blues will also be making use of the Government’s Coronavirus Job Retention Scheme which pays 80% of wages up to £2,500 a month.

There had also been a three-month deferral agreed on lease payments for the Arms Park with Cardiff Athletic Club.

Elsewhere, Holland revealed that “progress was still being made on next season’s squad, however given the current climate we do not believe it is appropriate to make any comments or announcements at this time”, meaning supporters will have to wait for the official unveiling of Rhys Carre and Cory Hill, amongst others.

He also paid tribute to the operations team of Jamie Muir, Matthew Jones and Jason Chapman, who have played an important part in ensuring that the Arms Park could be utilised to assist with the development of Ysbyty Calon y Ddraig in the Principality Stadium.

The full newsletter can be read here.