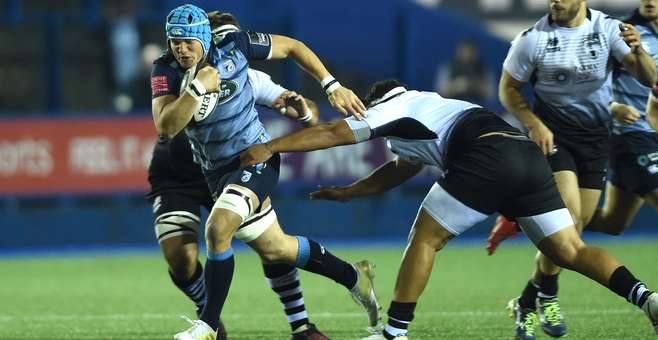 Cardiff Blues v Zebre becomes the first of our Guinness Pro14 games to be postponed, and possibly cancelled, as the Coronavirus outbreak prepares to play havoc with the 2019/20 season.

This weekend’s game at the Arms Park would have been the start of a crucial run of games for John Mulvihill’s men, after an up-and-down season so far had left us needing a number of wins on the bounce from our final fixture block to fight for a play-off place or at least a shot at making the Heineken Champions Cup.

Zebre at home was a great chance to lay a marker down for the run-in to the end of the season, with five straight wins at the Arms Park against the Italian side and not scoring less than 29 points in those games.

However, it’s not always been plain sailing against the team from Parma and the record stands at played 12, since Zebre entered the league in 2012, with Cardiff Blues winning nine and losing five. That’s likely to be one of the best records the Italian side has against a European opponent.

They claimed their first ever win in the competition at the Arms Park in September 2013 when tries from David Odiente, Brendan Leonard and Mauro Bergamasco were try scorers in a 25-30 win against a side that included Leigh Halfpenny, Alex Cuthbert, Rhys Patchell and Josh Navidi.

Later that season they earned their first league double and first home win over non-Italian opposition when another try from Leonard and Giulio Toniolatti helped them to a 15-10 victory at Stadio Sergio Lanfranchi. 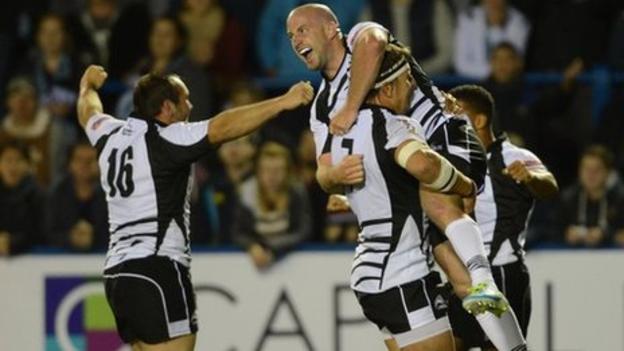 Visiting Parma would go on to be a problem for the next few years, as Zebre won two of the next three visits and Cardiff Blues have never been able to win a game out there by more than 15 points, only securing a winning margin of double figures on one occasion.

At home at least the tide did begin to turn though. A 61-13 win at the Arms Park in September 2015 is still the most points and tries we’ve scored in a league match, with Rhys Patchell scoring a nine minute hat-trick and Josh Turnbull getting his in just seven.

After that there were wins of 30-24 and 37-8, before last season’s 37-0 win was the biggest in the early reign of John Mulvihill and brought the curtain down on the glittering career of Gethin Jenkins, the most capped prop forward in rugby history.

It would have been a tough one this weekend at the Arms Park, with Cardiff Blues missing the likes of Ellis Jenkins, Willis Halaholo, Owen Lane and Josh Adams through injury, as well as probably being without Wales squad members Dillon Lewis, Josh Navidi, Tomos Williams and Jarrod Evans.

With Zebre often our bogey team there was no guarantee of victory, but confidence could have been taken from that 37-8 win over the Italians at the Arms Park in November 2017, a game which played a big part in turning what was set to be a disappointing 17/18 campaign into an ultimately very successful one.

During this afternoon I will be looking back on that game which set the Cardiff Blues towards winning ways in that campaign, and proved a certain Andy Howell of WalesOnline wrong.