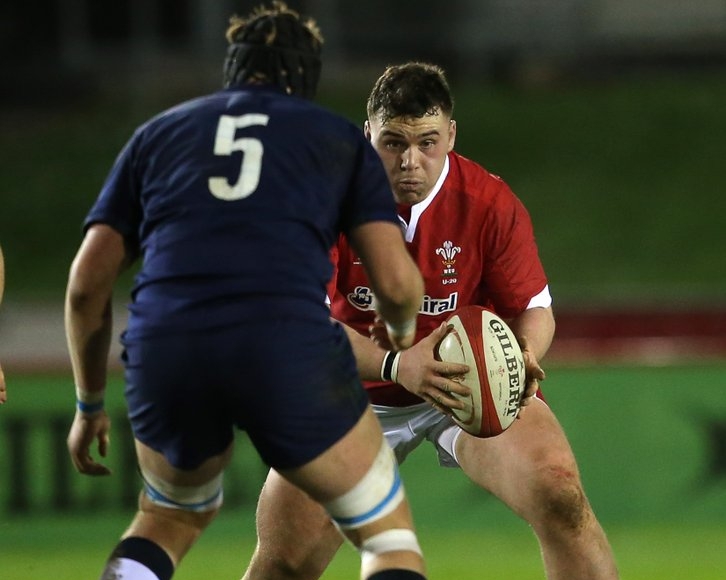 Wales U20 finished their U20 Six Nations campaign with a disappointing defeat at home to Scotland U20 on Friday night.

After wins over France U20 and England U20 the home side should have been full of confidence going into the game, with head coach Gareth Williams only making two changes to his starting XV as Dom Booth and Will Griffiths swapped again at hooker, while Ioan Lloyd replaced the injured Jacob Beetham at full-back.

However, Scotland were the side flying out of the traps, dominating possession and territory in the early part of the game, with a cheap penalty allowing them to kick to touch on the edge of the Welsh 22.

The throw was too long to the back but the loose ball held on to and on the next phase right winger Rufus McLean popped up in midfield to shrug off Sam Costelow and speed around Mason Grady for the opening try of the game.

Nathan Chamberlain added the extras and extended the lead with a penalty after Costelow had missed one of his own when Jac Morgan earned a trademark jackal turnover.

Despite the Scots still holding on to much of the ball and keeping Wales pinned back, the men in red were able to get themselves organised in order to keep the opposition at bay, with two excellent defensive sets and a magic piece of kick covering from Sam Costelow preventing any change in the scoreboard.

However, with the lineout misfiring and an intense Scotland defence strangling us in attack, it was only a matter of time before they returned to our 22 and with the pressure building Chamberlain was able to throw a dummy and go over under the posts, converting his own score. 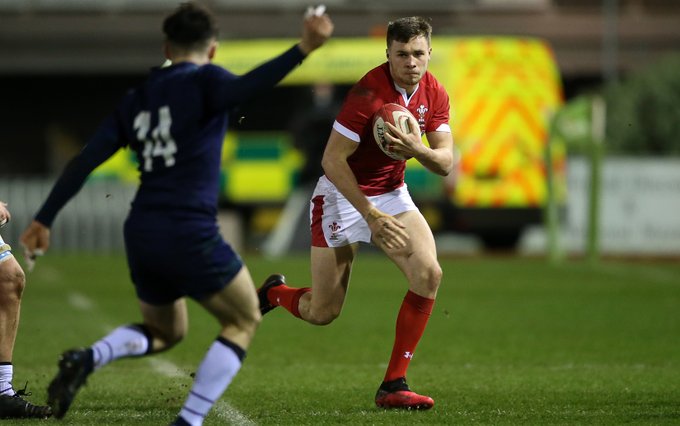 With half-time approaching a good driving maul and some clever work from Ellis Bevan earned a penalty inside the Scottish half, but Costelow missed a second kick to send Wales in 0-17 down at the break.

The second half needed a big start for Gareth Williams’ men and fortunately they got it, with the driving maul coming up even bigger this time. A huge push took it from the edge of the 22 all the way over the try line with Morgan Strong in possession to get the score.

That would begin the start of a truly back-and-forth 40 minutes, as every time Wales threatened to work their way back into the game, Scotland hit back with a score of their own.

The Scots earned a penalty to get into the Welsh half and a smart lineout move saw the ball shifted to the back of a set piece before an inside pass sent Jack Hill free, with the second row sending flanker Connor Boyle over with Chamberlain converting.

This led to a brilliant instant reply from Wales with arguably the try of the game as Sam Costelow span out a tackle in midfield to get an offload away for Mason Grady who offloaded himself to release Ioan Rhys Davies down the left wing. The flanker drew the last defender perfectly with Bradley Roderick inside him to score a second try in two games.

Unfortunately Costelow could not convert either of the tries early in the second half, leaving 10 points on the tee altogether, and the score at 10-24 rather than the much more competitive 20-24.

As a result when Chamberlain ran his kick back that had missed touch and produced an inch perfect chip-and-chase for himself to gather and score, adding another conversion, the game was effectively over as a contest.

Wales continued to attack with Dom Booth scoring after showing a stunning set of wheels to chase down a smart Luke Scully kick, but Ioan Lloyd taking over the goal kicking and converting was too little, too late.

Two late tries from Scotland, with Chamberlain getting his hat-trick after a soft turnover was conceded by the hosts in midfield, and Ollie Smith going over after a weak Joe Hawkins tackle was shrugged off, secured a bonus point and put the result beyond doubt.

Robbie McCallum intercepted a Ioan Lloyd pass with the last play of the game, with Chamberlain convering, as the Scots finished with seven tries and the fly-half a personal tally of 32 points in a quite incredible individual performance.

For this young Welsh team it was an eye opener in terms of what it takes to produce a level of performance good enough to get wins consistently at this level, with particularly elements of the tackling and set piece work not up to scratch.

An up-and-down campaign for Wales U20 all-in-all, with the real highlights of beating top teams England and France, but come disappointing home losses against Italy and Scotland. Plenty to learn from as they prepare for the World Rugby U20 Championship this summer, if it’s on.