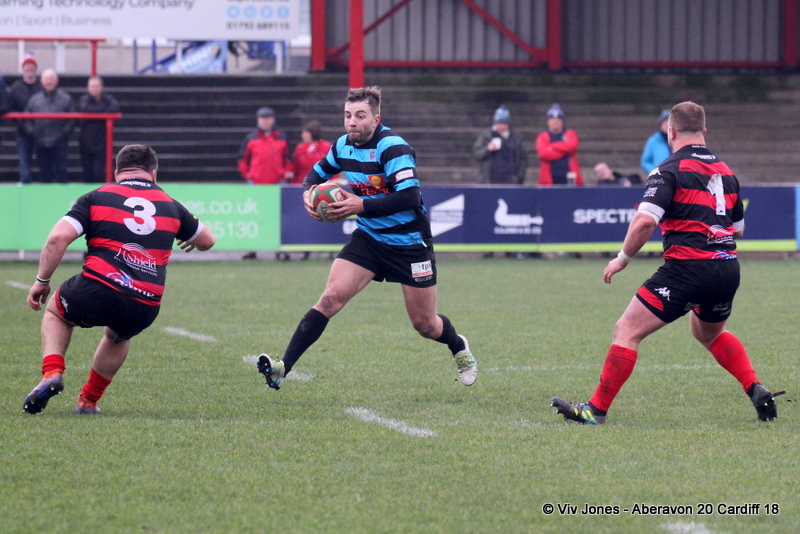 Cardiff RFC are looking to make an immediate return to winning ways as the Blue and Blacks host RGC in the Indigo Group Premiership, kick-off 7.15pm.

Steve Law’s men fell to a narrow 20-18 defeat away at Aberavon last weekend, picking up a valuable losing bonus point but missing a late conversion to secure the draw and falling to a third straight loss on the road in the league.

The lead at the top of the table is still a comfortable seven points though, and a game-in-hand over second place Carmarthen Quins is maintained, as Cardiff face an RGC side who we have already beaten twice this season.

Both were trips to Colwyn Bay as first the Blue and Blacks triumphed in the first round of the WRU Specsavers Cup, with tries from Jack Brooks, Leon Andrews, Barney Nightingale and a brace from Morgan Allen securing a 24-20 win, before Nightingale, Ethan Lewis, Dan Fish and Alex Everett scored in a 22-29 league victory a few weeks later.

Since then it’s been a tail of inconsistency for the North Walians as they have failed to string more than two wins together in a row, sitting in mid-table with a symmetrical record of eight wins, eight losses and a draw. Comfortable safe from relegation but some way off challenging at the top.

Last week saw them slip to a surprise loss away at 11th place Ebbw Vale, going down 20-17 at Eugene Cross Park, with six changes being made to the starting XV as they return to the South this week. 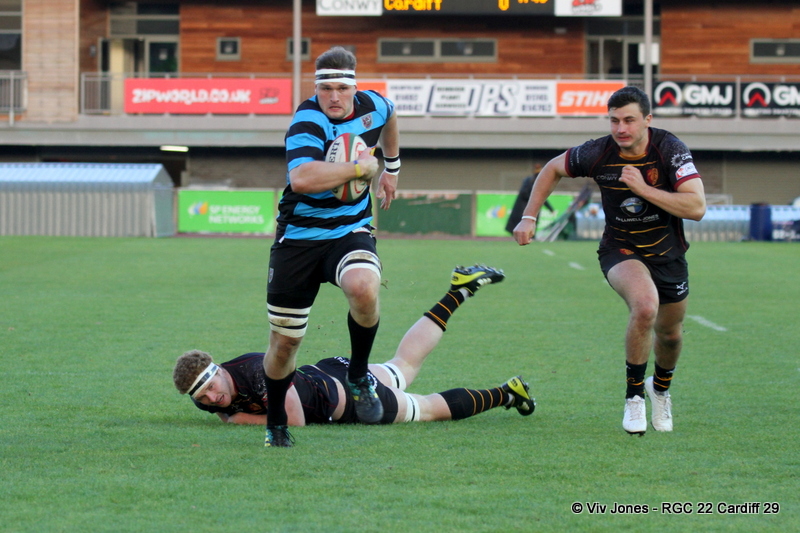 Most of the changes come in the tight five where Andrew Williams is the only survivor at second row. Jessie Williams, Rhodri King and Rhys Roberts form a new front row, while former Cardiff Blues short term signee Tim Grey joins Williams at lock.

In the backs there is a change at scrum-half where Oscar Lennon starts in place of Nicholas Butterworth, while Rhys Tudor is preferred on the left wing as Delwyn Jones drops to the bench.

After that Aberavon loss, Steve Law has also opted to make a number of changes to his starting XV, although they’re more balanced between the forwards and backs for Cardiff.

Former RGC captain Evan Yardley returns to start at hooker as Iestyn Harris drops to the bench and Ethan Lewis misses out, while Macauley Cook is back fit at second row in place of Filo Paulo and Zach O’Driscoll has recovered from his injury to start at openside flanker ahead of Luke Crocker.

In the backs there is a new three-quarter line as Joe Scrivens starts at fly-half with Gareth Thompson on the bench while Jack Brooks and Leon Andrews form a new centre partnership as Barney Nightingale and Max Llewellyn aren’t included. 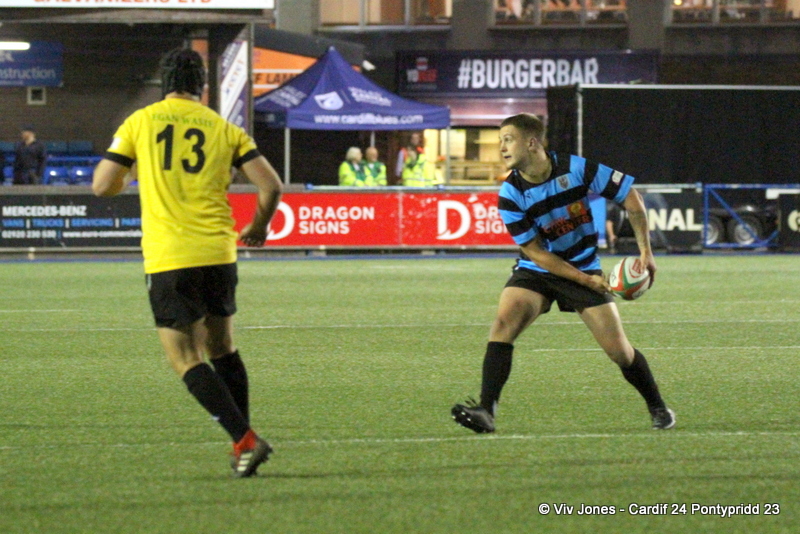 The final change comes at full-back with Ioan Davies starting ahead of Edd Howley, while a change on the bench sees Sam Pailor returning to cover the back row.

Despite the number of changes to the Blue and Blacks team it is still a strong team selection from Steve Law, and one that should see the home side to victory.

Conceding some disappointing tries away at Aberavon last week will hopefully focus minds in defence, which has been the strongest part of our game this season, but confidence can be taken from the way we controlled the game at times, including at the end with 14-men.

Ensure those periods are longer against a young RGC side and the score should get away from the North Walians soon enough. Come on Cardiff!