Cardiff Blues fell to a brave defeat at the hands of Edinburgh last Friday as we went down 14-6 to the Guinness Pro14’s Conference B leaders at Murrayfield.

After a number of late injury withdrawals it was a case of botching together a matchday 23 for the Welsh side, but the team put in a valiant performance. I’ve had a look at the stats from an evening in the Scottish capital.

Defending for our lives

Edinburgh head coach Richard Cockerill was quick to praise the Cardiff Blues defensive showing after the game on Friday and rightly so, as we kept a team who had put 41 points on Connacht the week before to just one try and 14 points.

With just 40% possession and 41% territory overall for ourselves, the hosts had plenty of the ball and field position, but 140 tackles at 86% restricted Edinburgh to just 297 metres of carrying at less than three metres per carry and five line breaks.

As their try came from a George Taylor charge down of a Dan Fish kick, it actually meant that the Scottish side failed to break Cardiff Blues down in open play, an impressive achievement for our disrupted squad.

There was a number of impressive debuts and returns in the Cardiff Blues squad on Friday as Rory Thornton, Will Boyde, Max Llewellyn and Dan Fish all earned good reviews in the starting XV, while Ben Murphy and Ioan Davies caught the eye off the bench.

The standout was Kris Dacey though, as the hooker started for the first time since November and led from the front as an experienced player in the pack, putting himself and his new haircut around the field well for the 55 minutes he was on the field.

Eight carries and 13 tackles saw him get through a lot of work, while he was at the heart of a scrum that was solid again and a lineout that went 100% from 12 throws. Keeping a player like Dacey fit will be crucial as the season wears on. 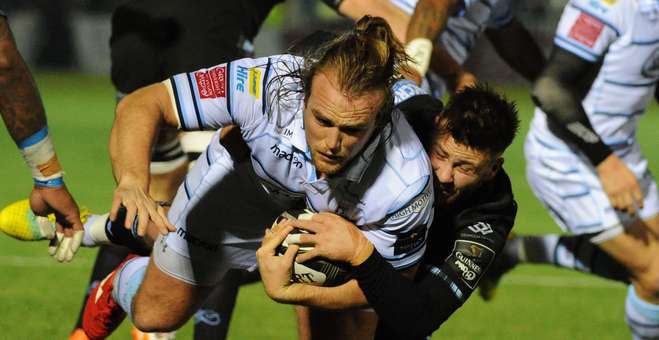 Dacey also got a turnover to his name on Friday night, one of four won on the floor in the 80 minutes as Cardiff Blues caused Edinburgh plenty of problems at the breakdown throughout.

It means we stay at the top of the ‘Turnovers Won’ league table in the Pro14, with 101 after 13 games, working out at just over seven per game. That is 30 more than second place, our opponents from last Friday Edinburgh.