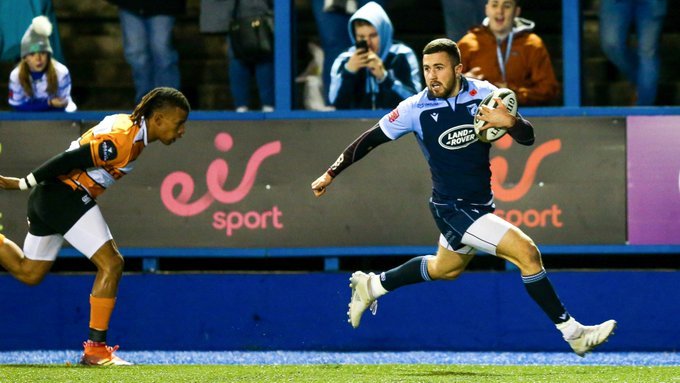 Cardiff Blues head coach John Mulvihill has made five changes to his starting XV for the Guinness Pro14 trip to Edinburgh on Friday night, 7.35pm kick-off.

Back-to-back wins is the aim for the first time in 2020 after last week’s bonus point victory over Benetton managed to get Wales’ Capital Region back to winning ways after the 29-0 humiliation at Connacht the weekend before.

Four of the changes come in the tight five where Seb Davies is the only surviving starter from that game against Benetton on Sunday, as he is once again released from Wales’ Six Nations squad to play in the Pro14.

Brad Thyer, Kris Dacey and Dmitri Arhip form a new-look front row with hooker Dacey starting his first league game since early November, while Rory Thornton is in the same position as he packs down at second row.

Two of the changes are injury enforced as Rhys Gill and James Ratti are ruled out of the trip to Scotland, while Liam Belcher and Scott Andrews miss out altogether.

The other change comes in the back three where Ryan Edwards is also excluded from the 23 as Aled Summerhill returns to fitness for the first time since picking up a hamstring injury against Calvisano last month, with Hallam Amos also released from Wales’ Six Nations squad again.

A new-look replacement front row is ready to come on as Corey Domachowski, Kirby Myhill and Kieron Assiratti prepare to make an impact, with Myhill returning from injury for the first time since December.

Ben Murphy is set for his first Cardiff Blues appearance of the season as the back-up second row having recently played his 100th game for Merthyr.