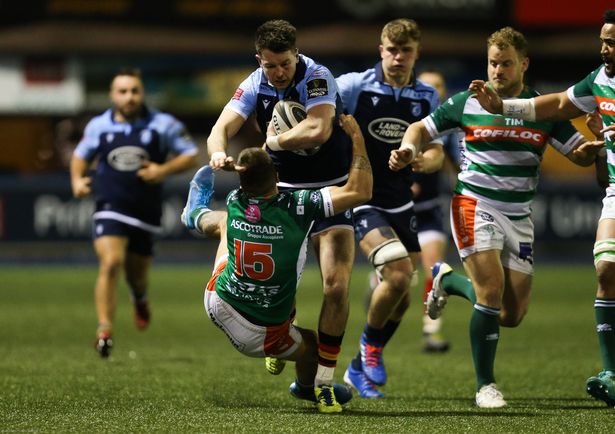 Cardiff Blues are developing a burgeoning reputation as the bounce back boys, a team capable of not letting a bad performance one week prevent us from getting a win the next week.

Plenty of teams would be pleased with this trait, to not let a tough 80 minutes turn into a three or four game losing streak, being able to get straight back on the horse and return to winning ways, but at the Arms Park patience is starting to wear thin with being the bounce back boys.

Having to do that once, at a push twice, in a season is not a bad thing. It’s almost to be expected that there will be a bad performance over the course of a 25-30 game season and not letting that impact the team long-term is an admirable trait to have.

Unfortunately, Cardiff Blues reached the fifth bounce back of the season last weekend when we earned a bonus point win over Benetton having lost 29-0 away at Connacht the week before in probably the worst performance of the season.

It follows on from winning against Cheetahs after losing to Munster at home, beating Benetton away after the disappointing home loss to Leicester Tigers, the away win over Ospreys after the slow first half in Pau and the hammering of Calvisano after the defeat away at Leicester.

At the start of the season John Mulvihill was very clear that the aim for the 2019/20 campaign was develop consistency, citing similar occasions from the previous term where Cardiff Blues had almost required a poor performance in order to play well enough to get a win the following week.

However, here we are at somewhere just beyond the halfway point of the season and the issues of inconsistency remain. Six wins and six losses in the Guinness Pro14, three wins and three losses in the European Challenge Cup. Destined for more mid-table mediocrity it seems.

The limitations in the squad are there for all to see, and it’s clear that in order to secure wins like the double over Benetton that we have to ask players who perhaps aren’t quite cut out for the top professional level to play as well as they can in order for us to stand a chance.

However, when we’re playing poorly like we did away at Connacht even those players are performing below their ability, contributing to the fluctuating results and general level of the team.

There has to be a minimum level of performance adhered to that allows Cardiff Blues to at least be competitive in most games, and from there it only takes two or three players to be having especially good outings in order to give us that little bit more required to possibly secure a win.

Until that time that we develop the mentality to go out and compete in every game though, pushing for the play-offs will remain a pipe dream. That has to change soon if we are going to stand any chance of breaking the cycle we are in.