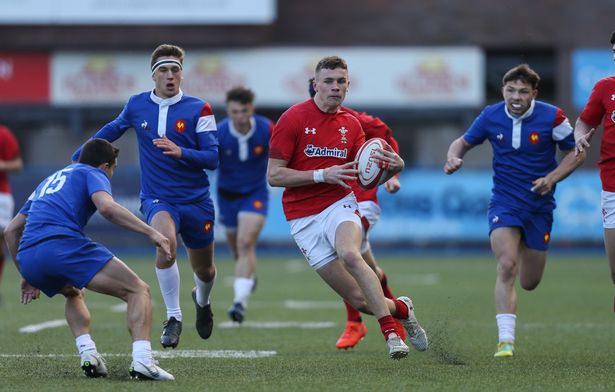 Wales U20 head coach Gareth Williams has made seven changes to his starting XV as his side look to get their U20 Six Nations campaign up and running with a first win.

Defeats at home against Italy and away against Ireland last time out have been a tough start for this young side, with both games played in tough weather conditions, and with the forecast once again poor for Friday night at Parc Eirias, it’s going to need a big performance to overcome reigning World Rugby U20 Champions France.

Two of the changes have come in the tight five with Dom Booth and Will Griffiths once again swapping places at hooker, with the former returning to the starting XV, while James Fender moves up to start at lock with Jac Price injured.

The back row remains the same as Jac Morgan once again captains the team, but there’s a change at half-back with Ellis Bevan taking over at scrum-half and Dafydd Buckland dropping to the bench.

In the centre a season ending injury to Osian Knott, a two-try scorer against Ireland, rules him out so Bradley Roderick takes his places, while it is all change in the back three.

Ioan Lloyd has returned to Bristol while Dan John and Ewan Rosser are not selected as Jacob Beetham gets the nod at full-back, and Mason Grady and Frankie Jones form the wing duo.

Josh Thomas is recalled to the bench having played full-back against Italy, with Rhys Thomas and Joe Hawkins getting their first call-ups of the campaign, covering second row and fly-half, respectively.