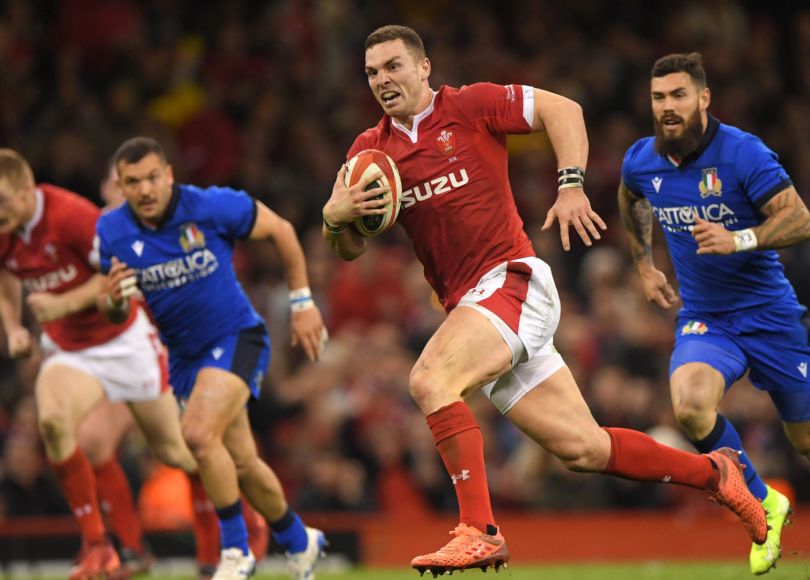 There was plenty to like about the beginning of Wales’ attacking evolution on Saturday, with the scoreline reflecting how clinical we were throughout the game.

Five tries and 42 points is not something seen often in the Six Nations, and even though Italy were fairly low level opposition, you can only play what’s in front of you. Wales did that very well and will take confidence from it.

Ben James did a very good piece on the slight change of structure we saw in the forwards for WalesOnline after the game, with Wales moving towards the Scarlets style of the last few years that see forwards play a much more prominent role in the wider channels and allow the outside backs to roam more freely.

While that was particularly effective at times, the final 20 minutes saw Wales turned over four times by the Italians, with the early days of the 2-4-2 forwards formation leading to opportunities for the away side to disrupt us at the breakdown.

These opportunities came due to roughly the same issue with the new attacking shape, although there are two slight variations on a theme, but are something that will need to be fixed against an Ireland back row that went hard over the ball against Scotland, and will do the same this weekend.

The first aspect to be wary of is that a 2-4-2 formation can leave a team light on numbers in the centre of the field, with the potential for ball carriers to become isolated, especially as Wales try to bring two or three forwards options off 9 or 10 in order to hold the defence.

The first clip is saved by the fact that Justin Tipuric is pushed back by a dominant tackle, taking him further away from a potential Italian jackal and closer to his support, but as Ross Moriarty busts forward in the second clip the support have to go a long way to win the ball back.

Although the Italian player does appear to be off his feet, play continues and scrappy ball means Rhys Webb has to snipe himself, doing well to manufacture a line break but with three of the four central forwards on the floor the support is lacking for him and he ends up knocking on.

That lack of players in the central area is also laid bare when Wales try to link up play in midfield, with the structure meaning that overplaying can occur quite quickly and lead to turnovers or slow ball.

A carrying pod can sometimes consist of only two forwards, and especially if both are providing options off 9 or 10 then support could be slow or not in enough numbers to secure possession, while there is a temptation that with an offload game being developed, those players who should be in support on the floor may be taking up positions on the shoulder of the carrier instead.

The first clip is fairly self-explanatory as Ross Moriarty becomes isolated on the floor, while in the second it is the number eight who appears to be holding a line that would see him take an offload from Ryan Elias, rather than supporting the hooker on the floor. In the end the Italian defender forces a knock on.

The second variation on this theme is that, while once again the main issue is not having the bodies in the middle of the field, this is also caused by forwards clearly being instructed to get beyond breakdowns and get into the wide channels to set up the 2-4-2 formation, whereas with a 1-3-3-1 there’s not such an urgent need to get wide.

This is a particularly noticeable issue on first phase ball as the forwards break from a lineout or scrum and go beyond the breakdown to be in shape for the next phase, but with possession not secured it’s a case of overplaying again.

It’s two close shaves here but the danger is evident as Justin Tipuric is the only Wales player staffing the breakdown. If an Irish player beats him to the ball, or Ireland opt for the counter-ruck, then we are very vulnerable to a turnover.

There was almost an example of a turnover against Italy, with the ball moving wide on a quick second phase and no forwards arriving at the breakdown, leaving Leigh Halfpenny the only player to secure possession. Fortunately the referee was already playing a penalty advantage.

This isn’t a criticism of individual players by any means, they are just playing as they have been instructed to, with the pattern of play drill no doubt gone over a number of times in order to get the structure right on game day.

This also isn’t a criticism of the coaching staff either. The evolution of the attacking game is one we have needed for some time and I more than welcome it.

Instead it is just an observation, with the attacking game something I will be paying particularly close attention to over the next few weeks and months as I’m particularly interested to see how quickly it evolves, in what way the evolution happens and just how similar it will be to the Scarlets system used by Wayne Pivac and Stephen Jones.

With the second variation of the attacking breakdown concern, the use of just one player staffing the breakdown can be highly successful, with more players on their feet at each phase to be involved in the attack.

However, it’s a case of risk and reward, with the back row probably being the position with the most quality in world rugby right now. All three man-of-the-match awards were given to back rowers on the opening weekend of the Six Nations, South African Pieter Steph du Toit is the reigning World Player of the Year.

Just how Pivac balances that risk with the rewards, especially away at Ireland this weekend, will be something to keep an eye on.