The 2020 Guinness Six Nations gets underway at the Principality Stadium on Saturday with Wales hosting Italy, 2.15pm kick-off.

It is the third tournament in a row that Wales have been involved in the opening game, with wins coming on both occasions as Scotland were dispatched 34-7 in Cardiff back in 2018 and France were overcome 19-24 after a stunning comeback in Paris last year.

Both Six Nations saw Wales go on to finish well up the table, coming second in 2018 and of course completing the Grand Slam in 2019, and a top two finish here would be the longest streak of such finishes in the Six Nations era for the men in red.

To ensure that happens a win against Italy in round one will be key, and Wales boast an excellent record against the Azzurri currently with 13 wins on the bounce dating back to the 2008 Six Nations, as well as the fact that we have not lost a home Six Nations game since the 2017 tournament.

It is of course a new era for Wales, with Wayne Pivac and his coaching staff having replaced Warren Gatland and company, but Italy are also entering a new world with former Cheetahs and Benetton chief Franco Smith taking the head coach role on an interim basis following the departure of Conor O’Shea.

The first task for the South African is dealing with the loss of talismanic captain Sergio Parisse, with the big number eight set for an international rugby farewell in the final game of the competition. Benetton hooker Luca Bigi will attempt to fill the leadership shoes left behind.

There is still experience in the pack though with loosehead Andrea Lovotti and back rower Braam Steyn around the 40-cap mark, while 118-cap Alessandro Zanni is still going strong at 35-years-old in the second row.

Tighthead Giouse Zilocchi, and fellow back rowers Seb Negri and Jake Polledri are closer to the start of their careers while lock Niccolo Cannone makes his Italy debut, as the pack strikes a good balance of youth and experience.

The real surprise selection comes in the backs where Smith has opted for a dual playmaker setup. Tommaso Allan starts at fly-half as expected but Carlo Canna gets the nod at inside centre, while Gloucester’s Callum Braley will make his Six Nations debut as scrum-half. 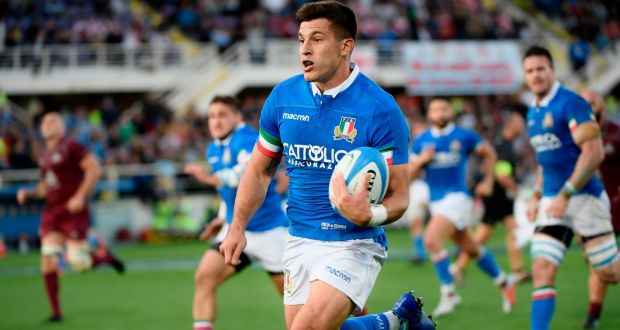 Outside them Luca Morisi, Mattia Bellini and Leonardo Sarto are seasoned campaigners at this level, while Matteo Minozzi at full-back is the real danger man, now at Wasps after moving from Zebre.

A six-two split on the bench sees Dean Budd, Marco Lazzaroni and Giovanni Licata cover the loose five of the pack, with Jayden Hayward the only outside back among the replacements.

Wayne Pivac’s first team selection as Wales head coach perhaps doesn’t have the tactical shock that Italy offer, but still has sparked debate, particularly around the personnel in the back line.

Up front there is little surprise as Dillon Lewis starts at tighthead with Tomas Francis injured, Jake Ball retains his place in the second row alongside Alun Wyn Jones and Aaron Wainwright starts at blindside flanker with Josh Navidi ruled out.

An injury to Gareth Davies also makes picking Tomos Williams at scrum-half more straightforward, with Dan Biggar joining him at half-back and Hadleigh Parkes retaining his spot at inside centre.

Outside them is the controversial replacement where George North gets the nod at 13 with Jon Davies and Owen Watkin injured, and new call-up Nick Tompkins left on the bench despite being a natural centre as opposed to North’s status as a winger.

Leigh Halfpenny starts at full-back in the absence of Liam Williams, while Johnny McNicholl wins the race to start on the other wing in the second debated area, as wonderkid Louis Rees-Zammit is left out altogether. 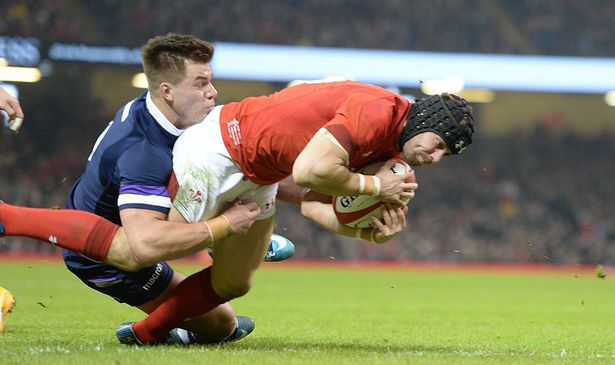 There are returns to the 23 for two players who have not featured in a red jersey for some time as Taulupe Faletau is set for his first Wales game since March 2018, while Rhys Webb will make his first appearance since December 2017 if he comes off the bench.

Joining him in the replacements are Leon Brown, who returns to the Wales setup after missing out on the World Cup, Ryan Elias, who backs up hooker due to Elliott Dee’s injury, and Jarrod Evans who could make his Six Nations debut if he comes on.

With the roof closed on Saturday then the opportunity for both sides to play some expansive rugby is there, and the feeling is that it’s what both will aim to do.

Wayne Pivac and Stephen Jones have made no bones about their focus being on the attacking side of the game, and as we saw during their time at Scarlets, when they get a team going they sure play some attractive and successful rugby.

Italy’s selection of two playmakers also suggests they are going to try and work the ball wide, although that will come after their pack has tried to put their stamp on the game in a typically South African style under Smith.

Perhaps though the two playmakers may slightly change Wales’ aim for their attack though, with the ball mixed up between going wide and sending the likes of Hadleigh Parkes and George North down Carlo Canna’s channel in midfield, testing his defensive capabilities at inside centre.

On the day the home side should really have too much for this Italian team, but if that dual playmaker setup clicks then they may still be close on the scoreboard as we enter the last quarter of the game. If it fails though then it could be a bit of a one-sided affair.