The Six Nations get underway this weekend with players and coaches from Cardiff Blues heading off around Europe to represent Wales in three different squads.

Altogether there are 19 squad members being supplied by Wales’ Capital Region alongside one coach, with six of those being included in the men’s senior side selected by Wayne Pivac.

All six are becoming regulars in Wales squads at this point, with Dillon Lewis selected at tighthead hoping to add to his 22 caps won at just 24-years-old, including playing in the last 14 straight tests stretching back to the second game of last year’s Six Nations.

He is joined up front by Seb Davies who will provide a second row option having missed out on being involved with the pre-World Cup training squad. The 23-year-old is aiming to win a first cap since November 2018, adding to his tally of seven.

In the back row there is a call-up for Josh Navidi who is increasingly becoming a mainstay in Wales squads. After a four-year wait between his first and second caps the 29-year-old has won 22 caps in the last two-and-a-half years, starting every game of last year’s Grand Slam triumph.

At half-back there are selections for old friends Tomos Williams and Jarrod Evans who started the November international against Barbarians together.

Scrum-half Williams missed much of last year’s Six Nations due to injury but cemented his place as second choice behind Gareth Davies at the World Cup, coming off the bench in every game except the third-place play-off which he started. At 25 he will now be looking to kick on and take the starting job.

Evans missed out on a fly-half berth in Japan as Rhys Patchell got in ahead of him at the last moment, but with injuries to the Scarlets man and Gareth Anscombe the 23-year-old is more than likely to make his Six Nations debut over the next few weeks.

Cardiff Blues’ involvement in the men’s senior squad is then completed by Josh Adams. The standout performer for Wales in 2019, he scored 10 tries in 15 games throughout the calendar year, starting every single fixture that the national team played.

Of course Owen Lane should also be included in this list but the winger suffered what has been described by the Welsh Rugby Union as a ‘significant’ hamstring injury and underwent surgery on Tuesday, likely ruling him out for the rest of the season.

There is an even better Cardiff Blues representation in the senior women’s squad where eight players have been called up by Chris Horsman for their campaign which starts on Sunday at the Arms Park.

Prop Cerys Hale will once again be a key member of the front row having established her place in the side back in 2016 and is currently preparing for her fifth Six Nations, while second row Georgia Evans will make her tournament debut in the next few weeks having won her first Wales cap in the Autumn.

Cardiff Blues Women captain Abbie Fleming will form part of the back row corps, alongside Manon Johnes who is preparing to add to her seven caps in her second Six Nations despite still only being 19.

In the backs, scrum-half Megan Webb is also 19 and could make her tournament debut having won her first Wales caps in the Autumn, while fly-half Robyn Wilkins is one of the most experienced members of the squad with 44 caps and six Six Nations campaigns to her name.

Outside them, wingers Hannah Bluck and Paige Randall are relatively new members of the squad with just six caps between them, and will be looking to get over the whitewash when given the opportunity. 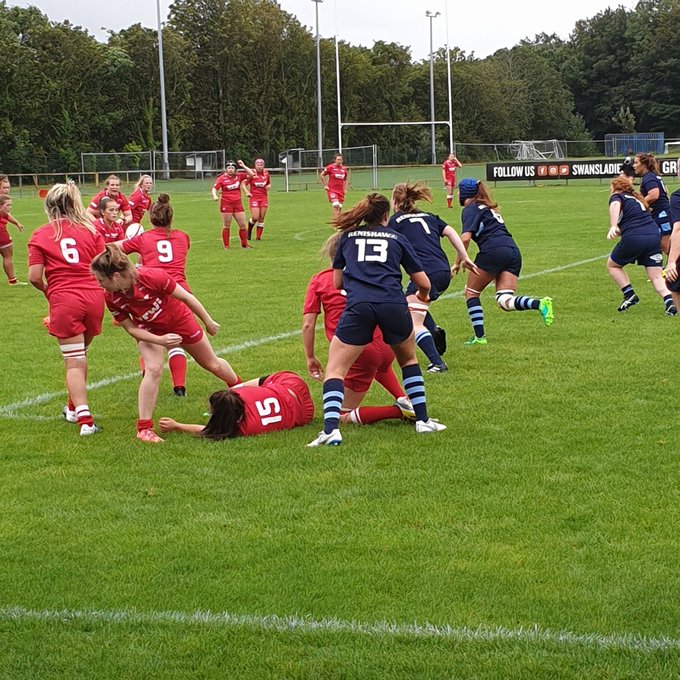 Finally, there are five Cardiff Blues representatives in this year’s Wales U20 squad for the U20 Six Nations, with the side once again making Colwyn Bay their home.

Two of the forwards contingent are new faces at the Arms Park, with loosehead Theo Bevacqua and back rower Gwilym Bradley having signed for the Academy through the Wales Exiles programme. They had previously been at Harlequins and London Irish, respectively.

One of the more experienced members of the squad will be tighthead Ben Warren, who played in every Wales U20 game at the Six Nations and World Rugby U20 Championship last summer, earning 10 caps along the way.

Ioan Rhys Davies is also included as a back rower, returning to the setup as a second year having played twice in last year’s tournament and been an injury replacement at the World Rugby U20 Championship in Argentina.

The sole back involved is fly-half Jacob Beetham, the Wales U19 cap who is a member of the Cardiff Blues Academy and former pupil at Cardiff & Vale College. As a first year at this level behind Sam Costelow and Luke Scully he may find playing time limited.

There is also a coaching interest in Wales U20 from a Cardiff Blues point-of-view this season as Academy coach Gethin Jenkins will lead the defence, the role he also has with Cardiff RFC. Another step on the ladder towards the senior professional game for the legendary former player.