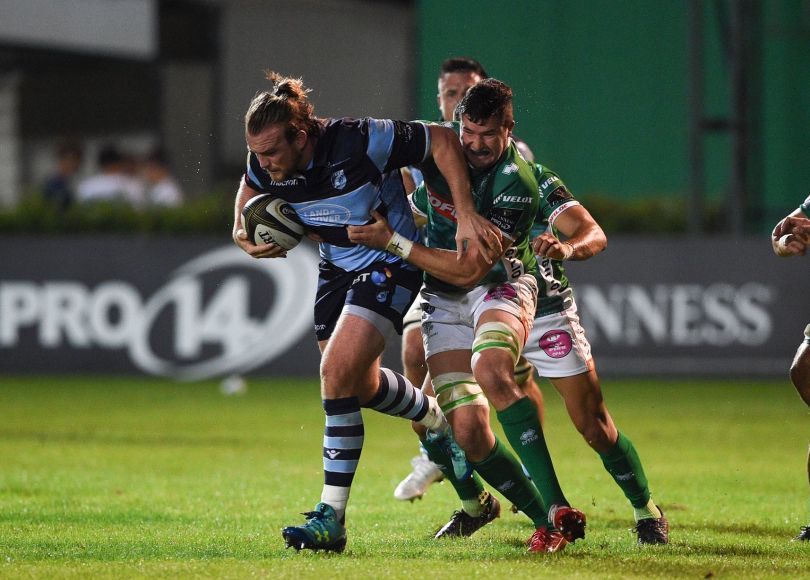 After a fixture block that has seen Cardiff Blues play 13 games in as many weeks stretching back to the start of October, the squad is taking a well-deserved rest.

The squad have got four weeks between the final European Challenge Cup pool game and the next Guinness Pro14 fixture away at Connacht on the 15th February, and have been given time off with many choosing to head for some winter sun.

Ahead of this spell without games, I’ve had a look at the general fitness levels within the squad, with the next fixture block likely to be crucial when it comes to qualifying for the Pro14 play-offs.

The hooker has been out since November after suffering a broken foot in the home game against Munster that required surgery, restricting him to just five appearances in the early part of the season.

He is now expected to return in time for Cardiff Blues to face Connacht on Saturday 15th February though, battling it out with Liam Belcher and Ethan Lewis for the number two jersey.

Another hooker who has been ruled out recently, the 27-year-old picked up an ankle injury against Ospreys just before Christmas at a particularly disappointing time after hitting a purple patch of form.

His was not a name included on the list of players that are expected to be available for Connacht, therefore Myhill may spend a longer period of time on the sideline.

The tighthead appeared to injure his shoulder playing for Cardiff RFC against Carmarthen last week, departing the field mid-way through the first half in some discomfort having had treatment on two occasions before that.

With the players now not in training the assessment of the injury will be delayed with no timeframe for any possible absence yet known.

Big second row Thornton required surgery on a wrist injury suffered against Munster in November and has not played since, with just four starts and a replacement appearance to his name for this season.

He is anticipated to be back in time for the trip to Connacht next month, with James Ratti, Filo Paulo, Josh Turnbull and Macauley Cook also in the frame to start at second row.

Club captain Jenkins has been out of action for nearly 14 months now, after suffering a torn anterior cruciate ligament in the dying moments of Wales’ Autumn International win over South Africa in December 2018.

Timeframes for return have been taken off the 27-year-old with Cardiff Blues keen to ensure he is properly ready to return to action after previous suggestions of December and January were missed. He may appear for Cardiff RFC as part of his recovery, but whatever he does there will be no rush.

Young back rower Botham suffered a hamstring injury early in the second half against Benetton back at the end of November and has been sidelined since, a disappointment after an impressive breakthrough into the first team.

He is another who is set to be available when Cardiff Blues travel to Connacht on the 15th February, leaving John Mulvihill some tough decisions to make in the back row with Nick Williams, Will Boyde, Olly Robinson and Shane Lewis-Hughes all putting their hands up.

The most unfortunate timing for an injury this season though goes to centre Halaholo who tore his anterior cruciate ligament just two days before he was due to be in a Wales squad for the first time.

The 29-year-old’s tear isn’t thought to be quite as serious as Ellis Jenkins’ but his season is still over with the aim to be back playing on the first weekend of the 2020/21 campaign.

The centre was one of the casualties of Leicester as a last ditch try-saving tackle ended up with him leaving the field in clear discomfort clutching his shoulder.

It was subsequently confirmed that the 23-year-old had suffered a serious shoulder dislocation that may require surgery and would almost certainly ruled him out of this season.

It’s a two-pronged injury for winger Summerhill who is currently suffering with both wrist and hamstring issues after limping off against Calvisano last weekend.

That is yet to be assessed with the players off this week, while the 25-year-old wore a protective brace on his wrist with the ligament injury likely to be managed until the end of the season.

The second of the Leicester casualties, Nipper was injured at the other end of the field to Millard as he suffered a broken ankle when sliding in to try and score.

He has undergone surgery and the 27-year-old will almost certainly miss the rest of the season with the aim being to pick up his good form for the start of the next campaign.

Full-back Amos was forced to withdraw from the squad that played Leicester away in January after picking up an ankle injury, with the rumour being that he suffered it playing football.

The injury likely cost him a chance to be named in Wales’ Six Nations squad but he is expected to be fit for Connacht away which would be a huge boost for John Mulvihill.

It’s been almost two years since the full-back suffered nerve damage in his shoulder when making a try saving tackle away at Zebre.

Much like Ellis Jenkins there is no timeframe on any possible return, with the 22-year-old only being returned to action when he is 100% ready.

Academy full-back Davies may have made his Cardiff Blues debut against Calvisano last weekend after impressing for Cardiff RFC and Wales U20 over the last year.

However an ankle injury suffered playing for the Blue and Blacks at home against Llanelli in early January has ruled him out with no timeframe yet known on when we can expected the talented youngster back in action.