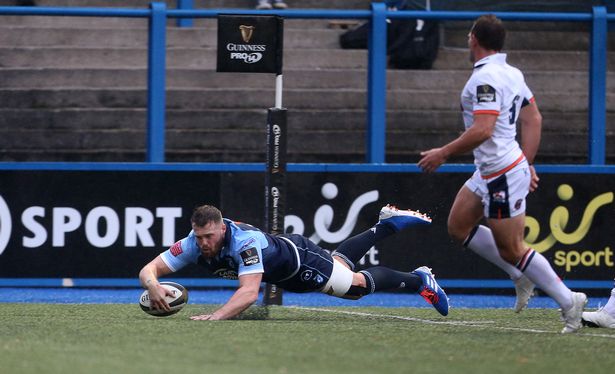 Cardiff Blues winger Owen Lane has been released from Wales’ Six Nations squad after suffering a ‘significant hamstring injury’ in training this week.

The Welsh Rugby Union confirmed in a statement that the 21-year-old would play no part in the Six Nations, with the full extent of the injury set to be discovered next week.

It is a blow for Lane who has been in excellent form again this season, with six tries in eight games for Cardiff Blues in all competitions and a brief call-up to Wales’ World Cup squad where he started the third-place play-off against New Zealand.

He was one of the contenders, along with Louis Rees-Zammit and Johnny McNicholl to stop on the opposite wing to Josh Adams against Italy in the Six Nations opener at the Principality Stadium next Saturday.

While there is no confirmation on exactly what has happened, Cardiff Blues supporters will remember the horror hamstring injury suffered by Dan Fish in November 2017 that saw him ruled out of the game for the best part of 12 months.

As of yet there has been no replacement called up to the Wales squad.