The European Challenge Cup pool stages come to a close this weekend with Cardiff Blues welcoming Calvisano to the Arms Park on Saturday afternoon, 1pm kick-off.

Hopes of qualifying for the quarter-finals are hanging by a thread for John Mulvihill’s men after last week’s disappointing 30-20 loss to Leicester Tigers at Welford Road took our fate out of our own hands and we now rely on results elsewhere.

First though Cardiff Blues would need to gain maximum points from a win over Calvisano, the Italian side who have once again struggled in European competition this season, sitting bottom of the pool with no points.

They did manage to put up a fight at home against Leicester in the December double header, preventing the English team from gaining a try bonus point despite having a player sent off during the second half, but earning a competition point has so far been beyond them.

Domestically they are also looking up rather than down the table, with a surprise Christmas loss away at mid-table Viadana leaving them third, six points behind league leader Rovigo, another familiar Italian name to us.

There are six changes to the Calvisano team that was heavily beaten last week with Marco Susio coming in on the wing, Nicolo Casilio at fly-half, Gianmarco Lucchesi and Permaria Leso up front, Davide Zanetti at lock and Alessandro Izekor in the back row.

There is experience dotted throughout the team with Alberto Chiesa and Antoine Koffi former Italy U20 internationals, Kayle van Zyl having spent time at Zebre and Kings, while on the bench Fabio Semezato and Lorenzo Cittadini are both former senior Italy internationals, although at 33 and 37 their best days may be behind them.

Cardiff Blues have opted to make a number of changes to the side that lost to Leicester Tigers last week, with Josh Navidi, Tomos Williams, Jarrod Evans, Owen Lane and Josh Adams all rested ahead of their pending involvement with the Welsh squad. 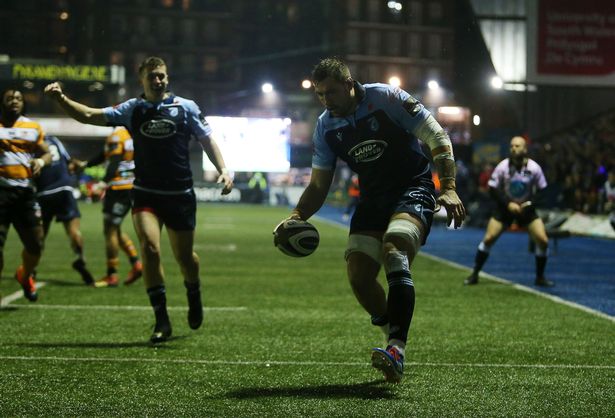 There are recalls for Nick Williams and Aled Summerhill who have been unavailable for differing lengths of times, while Lewis Jones, Garyn Smith and Dan Fish return to the starting XV for the first time this calendar year.

Ethan Lewis gets the nod at hooker for his 50th appearance while Olly Robinson is also recalled as Seb Davies returns to lock. Rhys Gill and Macauley Cook are on the bench while Max Llewellyn could make his European debut if called on.

While calculations are taking place elsewhere all John Mulvihill’s men need to focus on is getting a big bonus point win at the Arms Park. In that sense the equation is a simple one.

Starting fast and getting the four tries early would certainly settle nerves, before pushing on to extend the points difference and finish what has been a long and testing fixture block on a high.

Then all we can do is pray!