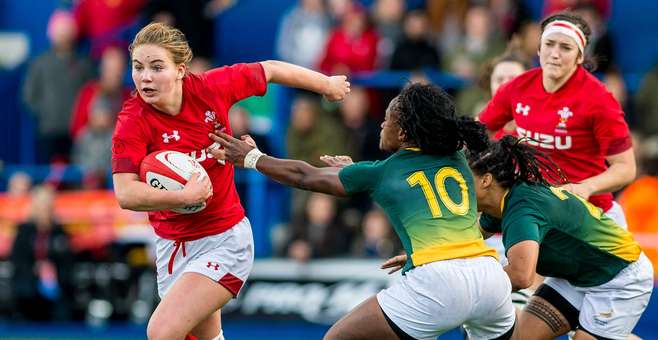 It is another strong contingent from Wales’ Capital Region after a successful Women’s Regional Championship at the beginning of the season which saw us push Ospreys Women right up to the final round of games.

Prop Cerys Hale, who was vice-captain of Cardiff Blues this season, back-rower Manon Johnes, winger Hannah Bluck and fly-half Robyn Wilkins are all included having been involved in last year’s competition which saw Wales come fourth with two wins, a draw and a loss.

Loose forwards Georgia Evans and Abbie Fleming, this year’s Cardiff Blues captain, as well as scrum-half Megan Webb and top try scoring winger Paige Randall are all included in their first Six Nations squads though having made their debuts during the Autumn Internationals.

There is also a call-up for Kelsey Jones, who plays for the Ospreys but works as the Cardiff Blues Community Foundation’s Disability and Inclusion Officer.

All of Wales’ home games will once again be played at Cardiff Arms Park, all on Sundays with the Italy game kicking off at 1pm, the France game starting at 12pm and the Scotland game at 1.10pm.

The away game at Ireland will be played at Dublin’s Donnybrook at 1pm on the Sunday, while the England game will also be on the Sunday at 12.05pm, hosted at the Twickenham Stoop.