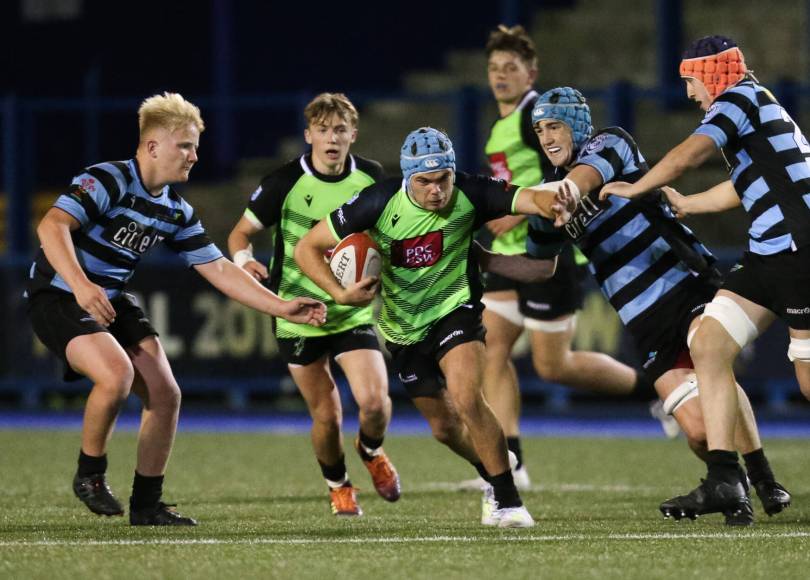 Coleg y Cymoedd are set to go for their third successive WRU College League trophy on Tuesday night as they face Coleg Gwent in the Final at Sardis Road, 7.30pm kick-off.

It follows another successful season for the side, and the Cardiff Blues development pathway in general, with all four sides within the pathway finishing in the top six and Cardiff & Vale/Cowbridge missing out on the second berth in the Final by just three points.

Cymoedd, who include a number of Cardiff Blues U18s in their squad, topped the league table in the regular season with an unbeaten record of 11 wins and one draw, that coming against fellow pathway side Ysgol Glantaf back in November.

A win over Coleg Llandrillo last week ensured their first place position heading into the Final against a Coleg Gwent side who have bounced back from a disappointing mid-table finish last season to lose just one game this campaign.

That came at the end of October against Cymoedd, with the Valleys side running out 24-12 winners at Sardis Road, and they will be hoping for a repeat this time in a first Final that won’t include Coleg Sir Gar.

It is Cymoedd’s eighth successive Final, with five wins to their name so far, and you can catch the full game live via S4C’s Rygbi Pawb either via the website or the Facebook page.