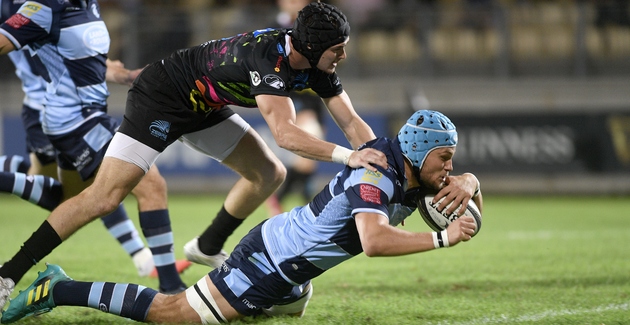 Cardiff Blues flanker Olly Robinson has turned down interest from across the Bridge to extend his stay at the Arms Park beyond this summer.

The 28-year-old’s current deal was due to run out at the end of the season and a number of Gallagher Premiership clubs were keen on taking him back to England, but he has chosen to the stay at the Arms Park where he has become a cult hero.

Impressing at Moseley, Robinson stepped up to Bristol in 2014 but limited game time and an injury crisis at the Arms Park saw him loaned to Cardiff Blues at the end of September 2017 and after nine superb performances he was signed permanently three months later.

With his signature blue headwear in tow he has now made 59 appearances in all competitions and will continue to ply his trade in the Welsh capital for the next few season after signing up for more.

Speaking to the official Cardiff Blues website, Robinson said,“I’ve loved my time in Cardiff and have been made to feel really welcome from the very first day I was here, so it was a pretty straightforward decision.

“I am enjoying my rugby and the style of rugby we play. We have some really exciting young lads coming through and others that have become established regional and international players.

“There is still plenty of room for improvement, but I am looking forward to seeing how far we can go and what we can achieve in the next few years.”