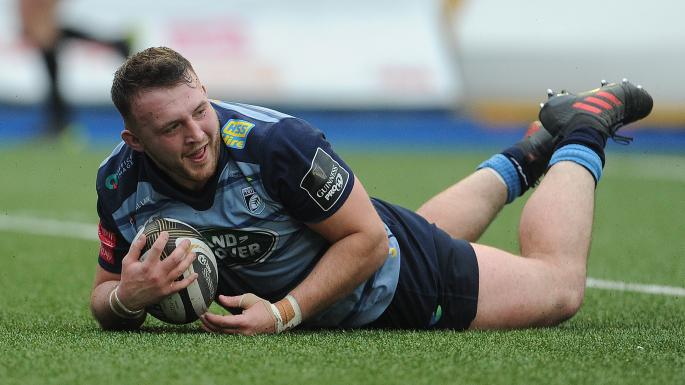 Cardiff Blues tighthead prop Dillon Lewis has signed a new long-term contract to stay at Cardiff Blues for the next few years.

The recently turned 24-year-old has come through the Cardiff Blues Academy after playing junior rugby for Beddau and featuring for Pontypridd and Coleg y Cymoedd as he progressed through the ranks.

After making his debut away at Munster in October 2015, Lewis has gone on to make 50 appearances in all competitions and nail down a place as a high quality first team squad member at the Arms Park.

He has also won 22 caps for Wales having made his debut on the tour of the Pacific Islands in June 2017, and recently featured in all seven games at the Rugby World Cup, starting two including the third-place play-off against New Zealand.

Speaking to the Cardiff Blues official website, Dillon said, “I’m absolutely delighted to sign this new deal and commit my long-term future to Cardiff Blues. This is my home region, I have come through the ranks here and I’m really excited about the future and what we are building.

“I was pleased with the World Cup but it’s been frustrating to have missed the last month or two due to injury and now I’m just looking forward to getting back on the pitch for Cardiff Blues and doing what I can to help the team.

“We have a really competitive squad and there is a lot of quality at tight-head with Dima (Dmitri Arhip), Bubba (Scott Andrews) and Azza (Keiron Assiratti) all going well. You need that depth to get through the season and it also ensures we are all constantly on our toes and improving.

“It is a squad which is improving and developing and I’m really looking forward to seeing what we can achieve together in the next few years.”