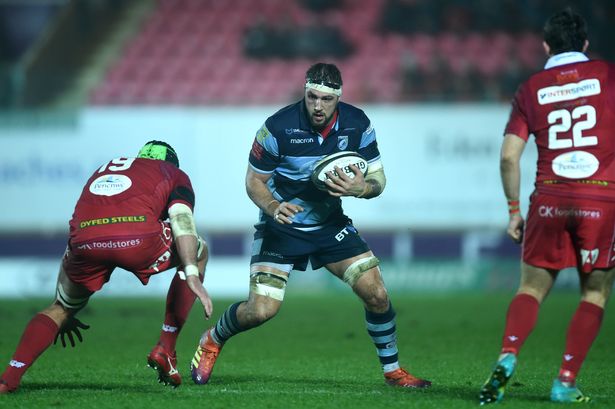 This week the final Opposition View of Christmas comes to us courtesy of @ScarletFever72 who offers his thoughts on the impact of Brad Mooar leaving, Scarlets’ away form and this weekend’s game.

What’s the feeling about the effect Brad Mooar leaving will have on the team? Is it a case of glad that it’s sorted and the on-field action can be concentrated on, or that it’ll distract the players as Pivac leaving seemed to last season?

When Pivac was announced as the new Wales coach last season, I was initially quite dismissive of the idea that the team would lose any focus and that the quality of our performances would suffer. Even as the first half of the season wore on, I felt as though we were one good performance away from getting back to our best.

Although that never really materialised (and we actually got steadily worse despite a few decent results) I still think that it’s overly simplistic to say that it was only Pivac leaving that caused our dip.

I think it played a part, but I think the sheer number of injuries, as well as the loss of several key players were at the root of it. We were hit particularly hard by the loss of Beirne to Munster and Cubby to injury – those two were instrumental to our game plan and without their significant turnover threat we struggled to gain any momentum and seemed completely bereft of confidence.

I think this did lead to some disquiet behind the scenes, so a combination of those factors were probably what did for us.

So to answer your question, I think if we stay relatively lucky with injuries, and keep the positive momentum (Dragons result not withstanding) then there’s no reason why we can’t have a strong second half of the season despite Mooar leaving for pastures old at the end.

It’s been a good few weeks for the Scarlets but is there any worry over some poor away form ahead of Friday’s game?

I think on the surface our away form looks to be an issue, but some perspective is needed on those results; we always lose to Ulster away (although the nature of the loss wasn’t ideal), we should have beaten the notoriously-hard-to-beat-at-home Toulon despite the one-man deficit and we got good wins away at Bayonne and Glasgow.

The two away results that most concerned me were Dragons and Edinburgh. Edinburgh for the way in which we capitulated despite our good form going into the game (including that great away performance at Glasgow), and Dragons for the way we never really seemed to get going despite having (some of) our ‘big guns’ back and a commanding lead to boot.

The memory of this fixture last season is certainly fresh in my mind, so there’s no doubting that’ll be the case for the players too – for good or bad I don’t know! I hope it gives them motivation rather than dread but I do think we will have a point to prove which will work in our favour.

What’s the aim for the rest of the season for Scarlets supporters? Will just making the playoffs do or is it winning the Pro14 on the radar again?

Personally, at the start of the season I was thinking that qualification back into the Champions Cup would be the bare minimum – failure to do that would be disastrous I think, from a financial perspective as well as on the pitch.

In terms of playoffs, we’ve certainly got the quality to get there and are in a good position to do so, but it will be tough when you look at our away fixtures. I think the Irish away double-header – Munster followed by Connacht – will give us a good indication of whether we’ll make it or not, as of course will the result in Cardiff.

I can’t speak for all Scarlets fans but if I had to guess then I’d say that most would be pleased with a decent showing in a play-off appearance, but once you’re there then who knows? 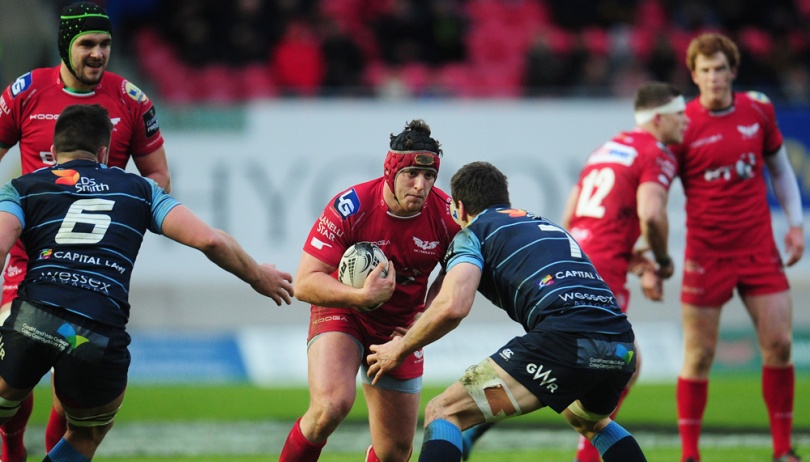 We weren’t particularly fancied in 2017 and were probably in a worse position at this stage of that season than we are right now. We went up a gear that season, and I think we’ll need to do the same again this season if we are to go and win the whole thing.

Who has been the standout player so far this season?

There’s been a few standouts. Steff Evans’ return to form has been a big positive for us, as has Leigh Halfpenny’s performances since he’s been back. Uzair Cassiem has been establishing himself as a fans’ favourite, due to a combination of his quality on the pitch and his willingness to engage with the supporters off it. Kieran Hardy has continued his development nicely from last season too.

Like I said previously, last season’s result here will be in the minds of our players and will almost certainly be mentioned in the team talk. It would’ve really hurt them to lose like that so hopefully the desire to avenge that result will be motivation enough to get the win.

I’ll get off the fence and say Scarlets to win by 3.

Another predicted win for the opposition, here’s hoping it’s a hat-trick of incorrect predictions this Christmas! Thanks again to @ScarletFever72 for their thoughts.