2019 will go down as the best calendar year in Cardiff RFC’s semi-professional era, and one of the greatest in the history of the Blue and Blacks.

After many years of disappointment and downright mediocrity, there has finally been an awakening at the Arms Park and the man who has shaken us into life is Steve Law.

The head coach arrived at Cardiff RFC in the summer of 2017, but needed a season at the helm, during which a serious injury crisis hit the squad, to assess where the club was in relation to player strength, position in the Indigo Group Premiership and the relationship with Cardiff Blues.

Some teething problems at the start of the 2018/19 campaign caused the Blue and Blacks to get out of the blocks slowly, but as the calendar year changed so did the performances and Cardiff RFC began the first of two unbeaten runs which would beggar belief.

A systematic dismantling of Pontypridd on New Year’s Day was a marker laid down by Steve Law’s men and they went on to win 12 games in a row including against old rivals Newport and another side pushing for the top spot in Aberavon.

Unfortunately that run came to an end with back-to-back defeats against Swansea and Pontypridd that effectively ended chances of winning the Premiership, but four of the 12 wins were in the Specsavers Cup, sending us to a Final at the Principality Stadium.

For the first time in 22 years Cardiff RFC lifted the trophy with a fine performance against Merthyr, as tries from Tom Daley, Ben Thomas and Edd Howley secured a 25-19 win and capped a superb season for the Blue and Blacks. 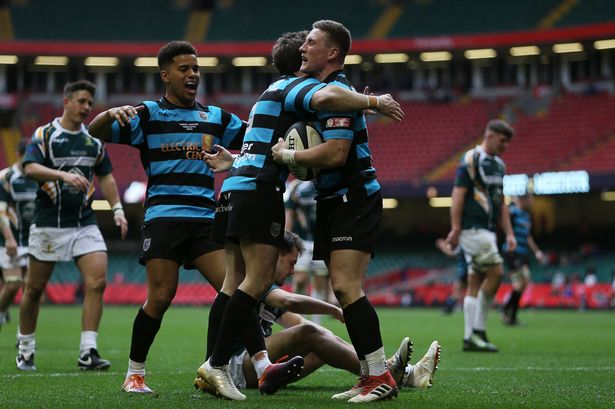 The summer saw a few key players within that side move on, as the likes of club captain Joey Tomlinson, try scorer Tom Daley, Martin Roberts and Steffan Jones at half-back, and stalwart inside centre Will Rees-Hole departed for pastures new, but Law’s recruitment was excellent again.

All have had impacts on the first team squad at the start of the 2019/20 season, seeing Cardiff go on an incredible 11 game winning streak for the first half of the campaign, at one stage topping the Premiership by a huge 15 points.

Wins in the first two rounds of the Cup have also kept the mission to defend that trophy on course as well, as the Blue and Blacks became the dominant side in the country.

Unfortunately the winning run came to an end in the last game of the year, as Cardiff could not quite get a long-awaited win at Sardis Road, but Steve Law’s side still finished 2019 with a stunning record of 30 wins from 34 competitive games.

Included in that is the even more remarkable statistic that the Blue and Blacks won every single game played at the Arms Park in the calendar year. A true fortress.

2019 will be remembered as the year Cardiff RFC returned to the rightful place at the top of the Welsh domestic game after years of mid-table obscurity. Now the challenge is to stay there in 2020 and convert early season dominance into trophies.