The festive Welsh derbies get underway this weekend with Cardiff Blues heading down to the Liberty Stadium on Saturday evening. Ahead of the game, @Ospreylian1 has offered his thoughts on the Ospreys after a difficult beginning to the 2019/20 campaign.

As has been well documented it’s been a tough start to the season at the Ospreys. Just how much do you put that down to Allen Clarke’s coaching and poor recruitment, as opposed to factors such as injuries and international call-ups?

Clarke’s tactics were great for a team with a good pack, and worked well during non-international periods, but we couldn’t seem to adapt to a plan B without our players during international windows. For me, recruitment wasn’t the issue, retention was. Releasing people like Joe Thomas, Alex Jeffries etc meant we lost all strength in depth. Injuries and call ups really didn’t help though, obviously.

Is there already a feeling down West that the season is over, or is there any shred of hope that you could get back into play-off contention?

Yeah, play-offs are done. We aren’t making them. However if we finish above the Dragons and Zebre (or any two European teams) in our conference, we’ll qualify for the European play-off. Easily achievable.

Despite back-to-back losses against Racing, there seemed to be improved showings considering how strong their squad is, the red card at home and how difficult it is to play them in Paris. Have supporters gained some optimism from those performances?

The Racing games have installed some optimism amongst the Ospreys faithful, I believe. Our defence was still very poor, but our attack looked dangerous, especially in Paris. Scoring five tries away to Racing has definitely given me hope for the upcoming games. 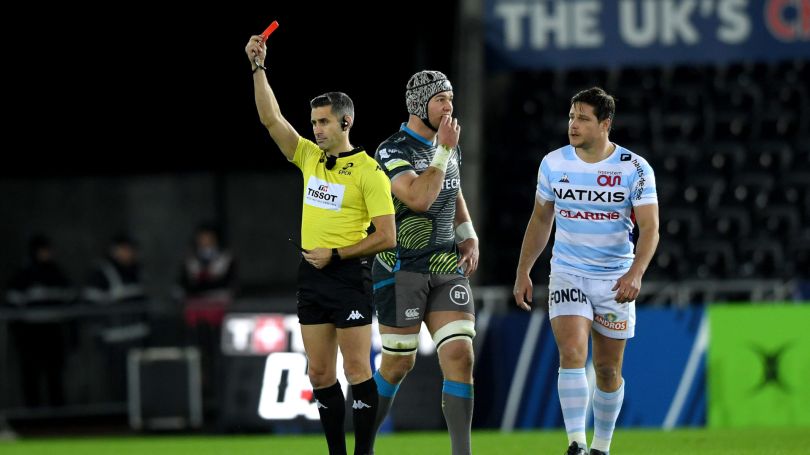 There have been a few arrivals over the summer and early this season, which, if any, have caught the eye so far?

Well, Gareth Anscombe won’t be playing this season, Gareth Evans has disappeared off the face of the earth after a decent start and Shaun Venter has looked decent in a poor team, scoring a very good individual try against Racing from the wing and seeming to have something about him.

In recent weeks Marty McKenzie has come in and looks to be a decent player. Was at fault for twi tries on Friday against Racing but he’s not afraid to take risks. He’s a better option than Luke Price in my opinion.

We’ve also seen Lesley Klim make his debut this season. Looks a defensive liability in all honesty but impressed me on Friday with his attacking. Strong lad, and can break through tackles so pretty happy with that

The injuries and international call-ups have given the Ospreys the opportunity to blood a number of talented youngsters over the last few weeks, who has made the step up the best so far?

Morgan Morris is an outstanding prospect. We’ve been crying out for a ball carrying number eight like him. I’ve been a huge fan of him for the past two seasons and couldn’t understand why he wasn’t playing. Keiran Williams is another one who really stands out. So strong, with pace to match that.

Finally, what’s your prediction for Saturday?

I’m finding it really hard to call this one. Looking at form you should beat us comfortably, but the Blues never do it the easy way! You’ll either have the bonus point wrapped up after 50 minutes or we’ll make it scrappy and win by a couple of points. I’m going to say Ospreys 22 Cardiff Blues 18. We’re due a win….

Thanks again to @Ospreylian1 for his thoughts, here’s hoping for the bonus point by 50 minute prediction to come true!